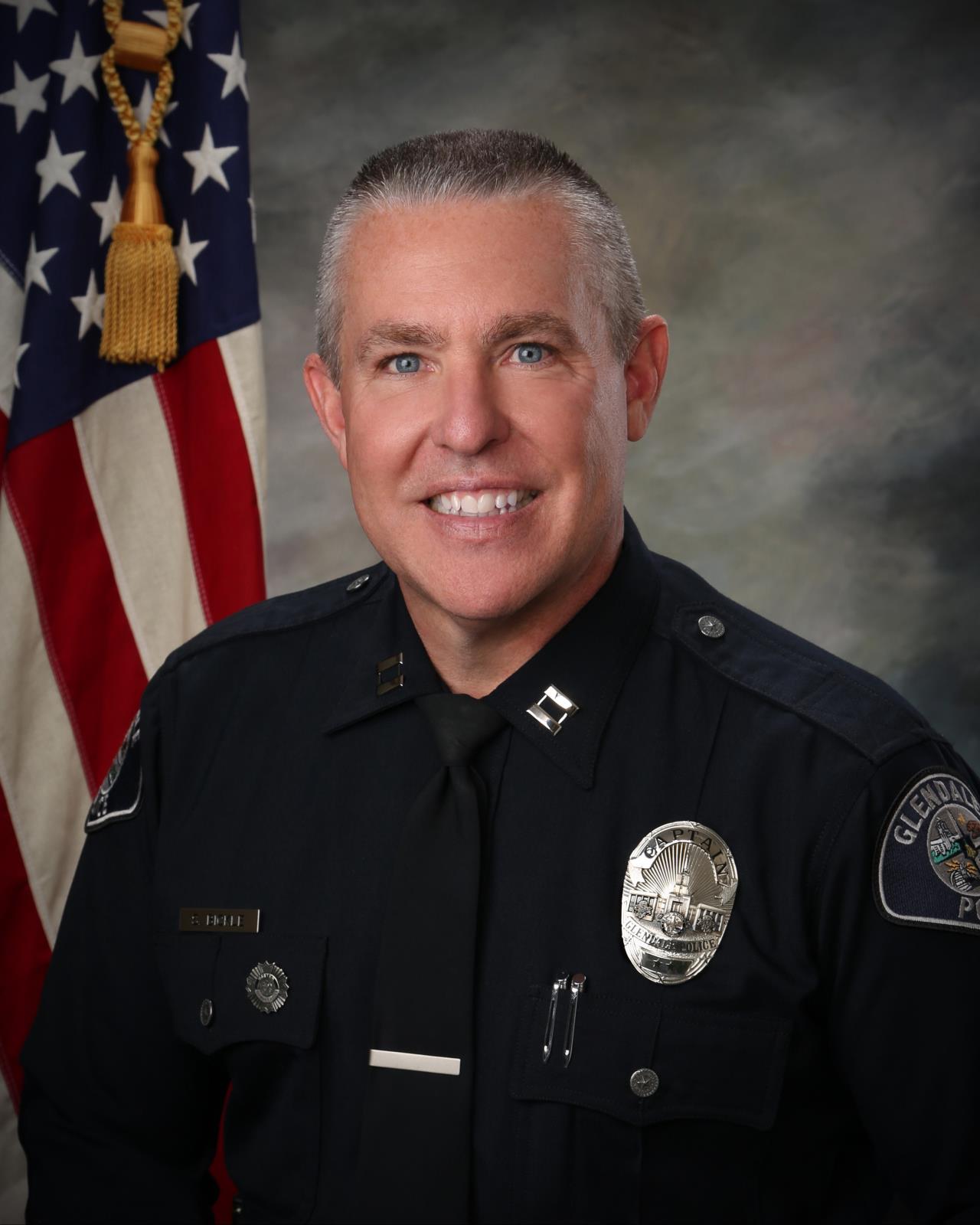 Captain Scott Bickle always knew he wanted to be a police officer.  At the age of 14, he started out as a Police Explorer and then went on to be a Police Cadet at the local police department where he was raised in Michigan.  Captain Bickle proudly served four years in the United States Air Force as a Law Enforcement Specialist; he was stationed at Misawa Air Base, Misawa Japan for three years.  His last duty assignment was at Norton A.F.B. in San Bernardino California, which brought him to California.  In 1989, he was hired as a Glendale Police Officer and attended the Los Angeles County Sheriff’s Department Academy Class #254.  Captain Bickle Graduated as the Honor Recruit for his class.

As an officer, Captain Bickle worked in patrol; he was a field training officer, range master, and tactical trainer.  Captain Bickle was assigned to the Special Enforcement Detail and as a Detective in the Vice/Narcotics Detail.  He was selected as one of the “Original” Special Weapons and Tactics team members.

In 2004, Captain Bickle was promoted to Sergeant and assigned as a patrol supervisor.  He was later transferred to the Professional Standards Bureau as the department’s Training Sergeant, responsible for the entire department’s training needs. He was then transferred to supervise the Gang Unit; during which, he was responsible for overseeing the creation of the first gang injunction for the City of Glendale.

Upon Captain Bickle’s promotion to Lieutenant in 2012, he became the North Area Commander where he was involved with many community members.  His goal was to reinstate “Coffee with the Cops” and rotate it through various local businesses.  Captain Bickle also increased communication with the residents, businesses, and schools by emailing crime bulletins to them as a means to have more eyes and ears throughout our community.

Captain Bickle was the longest serving “Original” SWAT team members on the team.  He started out as a team member as an Officer, team leader as a Sergeant, and SWAT Commander as a Lieutenant for the tactical team.  As a Captain, Scott is currently the SWAT Commander for both the Tactical and Crisis Negotiation Teams.

Aside from his professional duties, Captain Bickle also serves on the Board of Directors for the California Association of Tactical Officers, is a member of the Glendale Kiwanis, and previously served on the Glendale Chapter of the Red Cross Board.