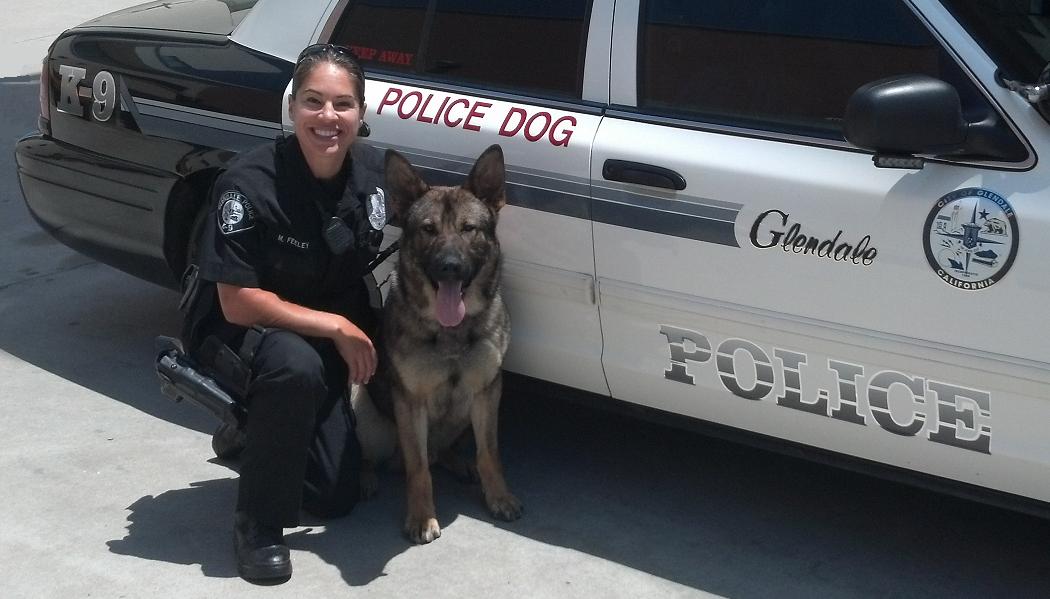 In April of 2014, Ofc. Feeley was introduced to her new partner, K9 Jager.

K9 Jager is a male German Shepherd, born in Germany on November 13, 2012.  He came to the United States at 16 months of age to begin his official police dog training with Ofc. Feeley. Both Jager and Ofc. Feeley attended a five week basic patrol school beginning April, 2014.  Once they graduated, they were certified to find and apprehend fleeing or hidden suspects.

In 2017, Jager retired from the Glendale Police Department.  He is enjoying his retirement with former Glendale K9 Yudy and his Chocolate Lab friend, Boomer!  Thank you, Jager, for your dedicated service to the Glendale community.

Jager Locates Heroin Inside a Wall 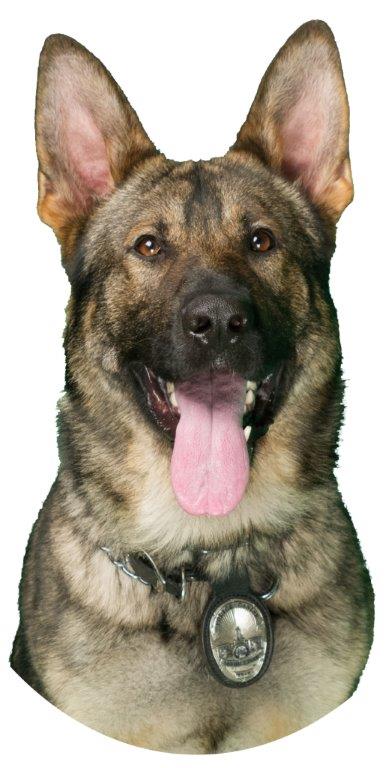 Ofc. Maribel Feeley and her K-9 partner Jager, assisted narcotics detectives with a search warrant at an address where they believed narcotics were located.  A thorough search was conducted and they were unable to locate any signs of narcotics. Ofc. Feeley put Jager to work and he began searching the two car garage that was heavily packed with items. Jager quickly made his way to the rear of the garage. He gave a solid alert, but left the detectives baffled because he was pointing to the wall of the garage.

The detectives removed a portion of the wall and located approximately five pounds of heroin. A job well done by Jager! The narcotics detectives would have gone home empty handed if it had not been for Jager’s remarkable nose. 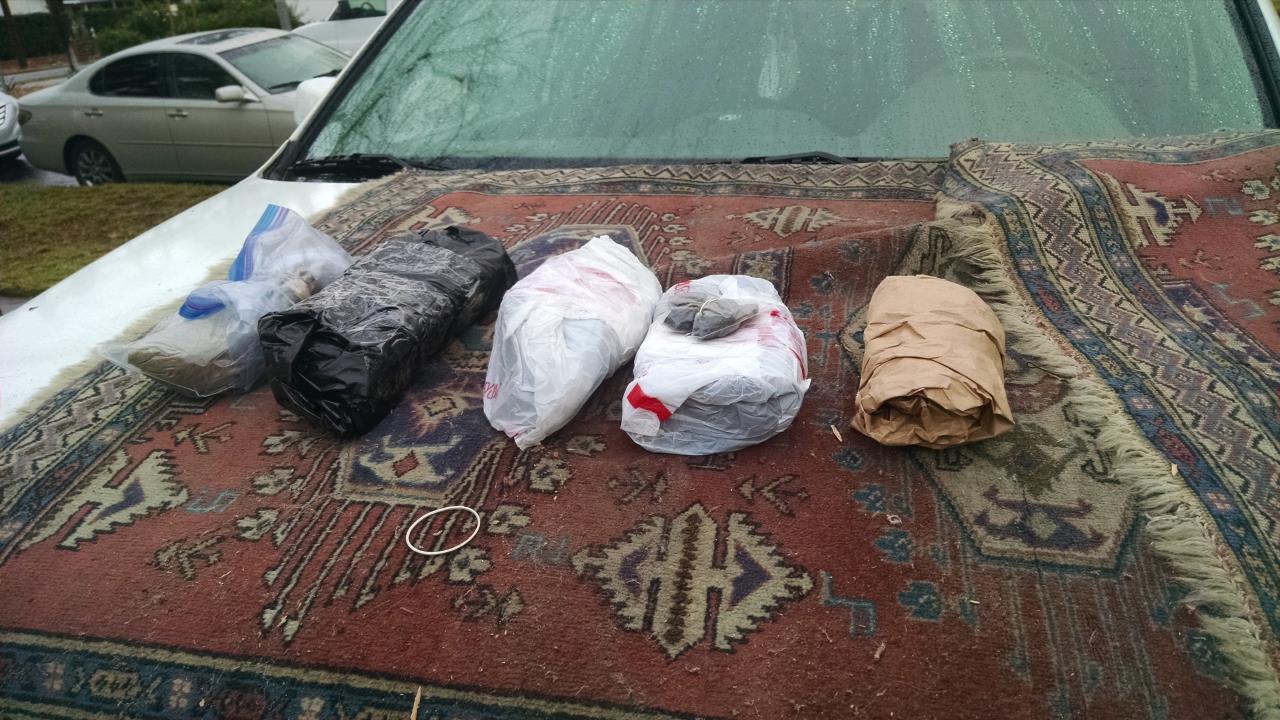 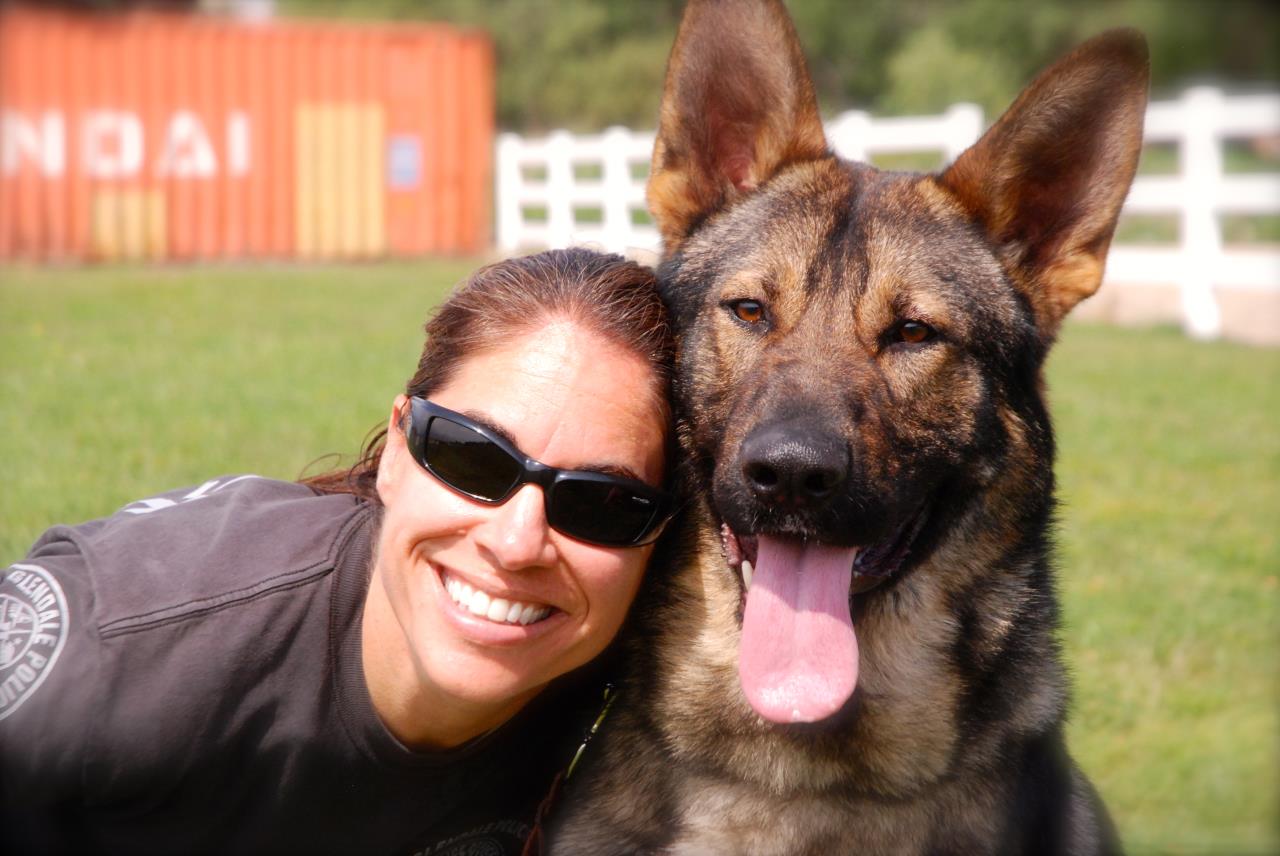 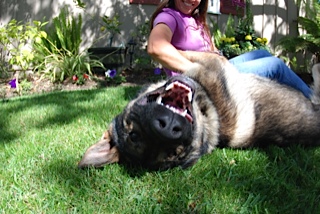 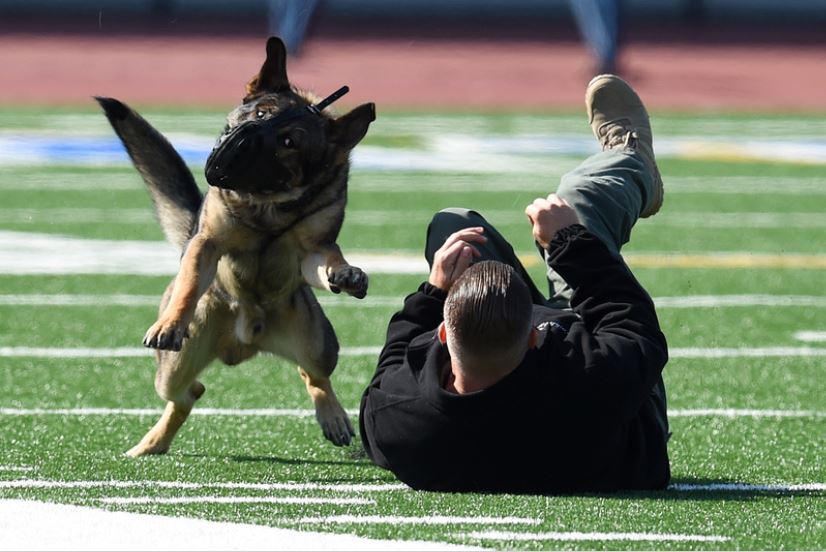 Jager training with the SWAT team in Pasadena. 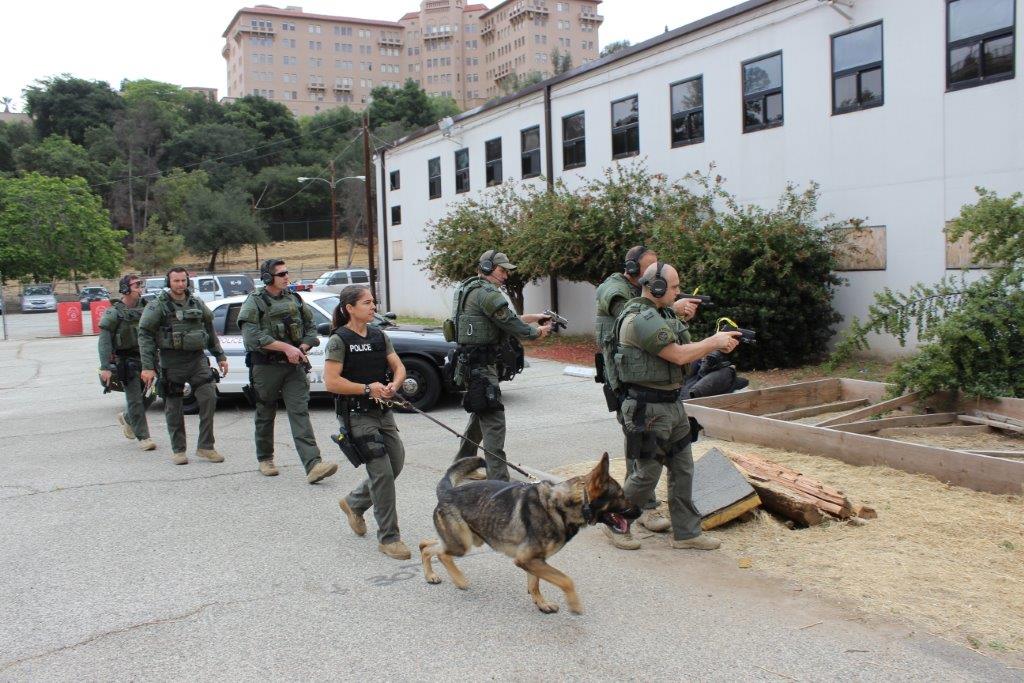 Jager proudly posing with the American flag next to Ofc. Feeley. 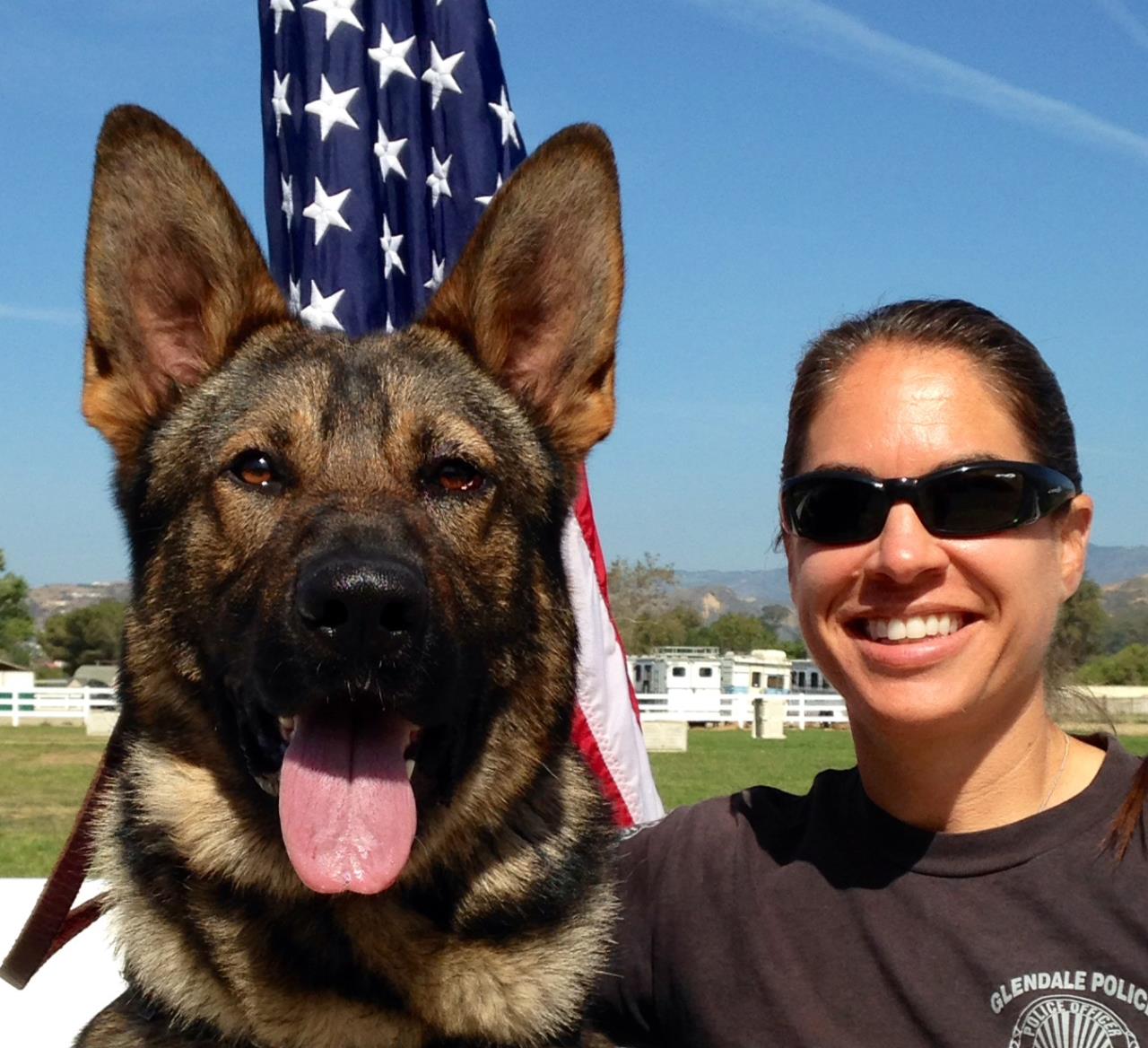 Jager playing with his favorite toy. 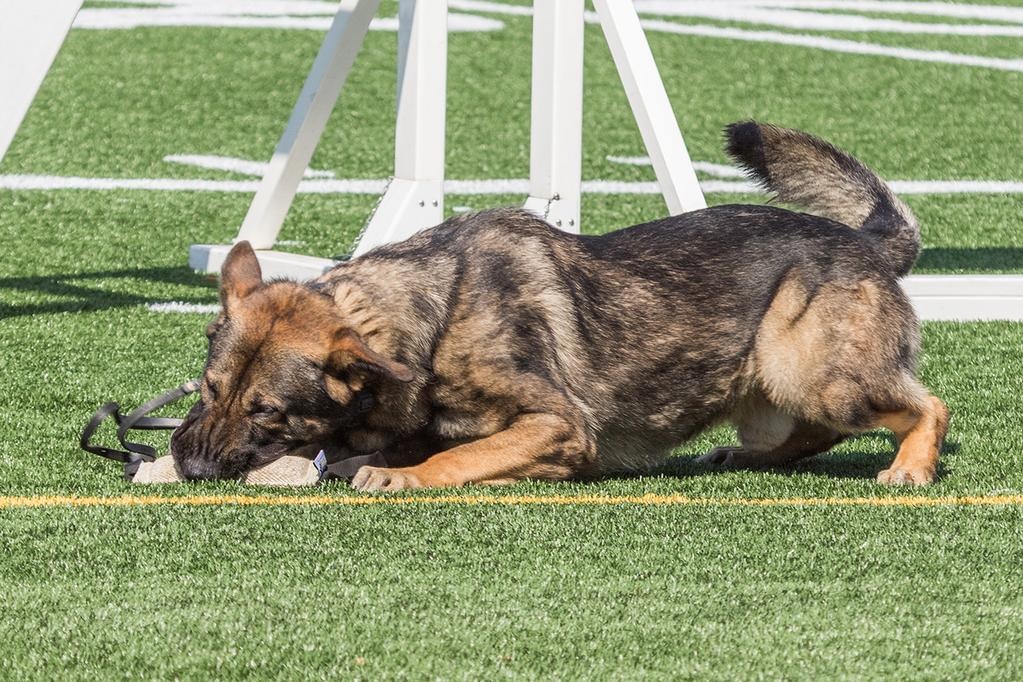 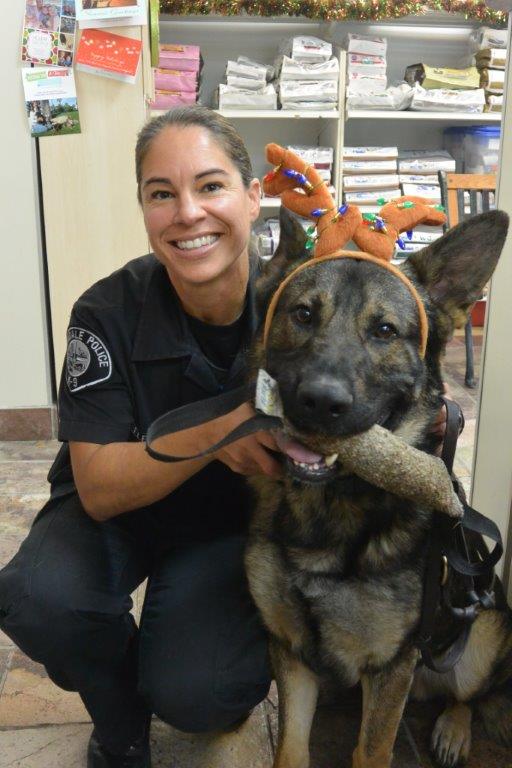 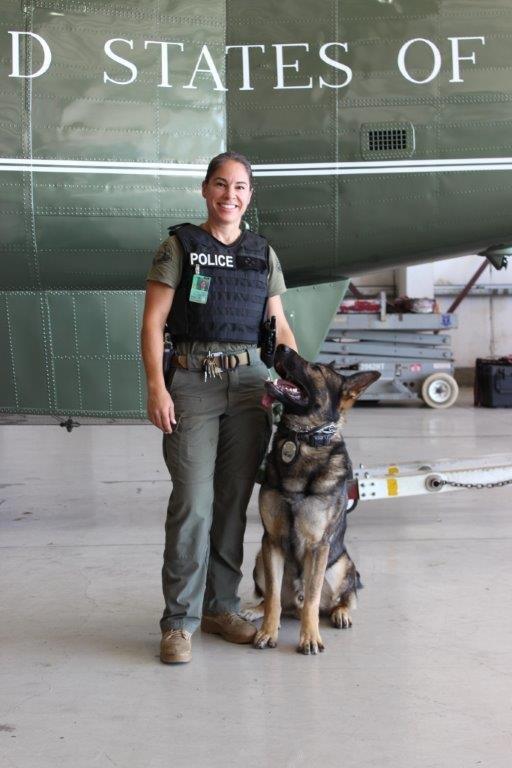