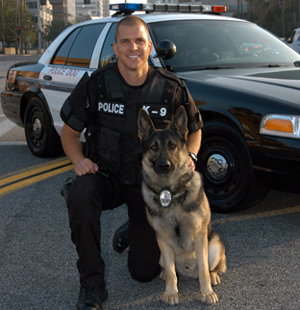 After six years of giving it his all, K-9 Sam retired from the Glendale Police Department’s K-9 Unit. Sam will enjoy the rest of his life at home with his handler, Officer Shawn Sholtis, doing what most dogs do…resting. His retirement hobbies will include sunbathing, riding in a truck, camping, taking long walks, and licking table scraps from the floor. Yes, it’s finally time that he gets to be a plain ol’ dog.

As one of Glendale K-9 Unit’s first dogs in 2005, Sam was cross-trained to find and apprehend suspects, search for explosives, track for missing persons, and look for evidence. Sam has taken numerous violent suspects off the street, many of whom were hiding from police in innocent families’ backyards or under houses. Some of Sam’s apprehensions include a carjacking suspect armed with a shotgun, two armed marijuana cultivation suspects in the local Verdugo Mountains, a robbery suspect hiding under a house, and a burglary suspect who fought with officers while trying to escape. Sam located a rifle that was used in an attempted double murder as well as a knife that was discarded by a suspect following a stabbing at a party. His explosive detection skills have been used to provide dignitary protection sweeps for such political figures as President Barack Obama, First Lady Michelle Obama, former First Lady Nancy Reagan, former Secretary of State Condoleezza Rice, Duke William, and Duchess Kate. He has also been spotted doing bomb sweeps at large media events in Pasadena such as the Rose Parade, Rose Bowl game, BCS Championship Game, and several UCLA football and MLS soccer matches.

When he’s not fighting crime, Sam has been making friends in the community. With well over 100 demonstrations for local schools and organizations, Sam has met thousands of kids and adults. He has competed in six K-9 competitions in Southern California and Las Vegas and has won numerous awards for obedience, protection work, and explosive detection.

So as you can see, Sam is about to plunge into a well-deserved retirement. After living a regimented life as a working dog, Sam will enjoy the relaxation of being a family pet. Officer Sholtis will begin K-9 school in late September with a new K-9 partner and is expected to be on the streets of Glendale in November.

This is Sam getting into the Christmas spirit. 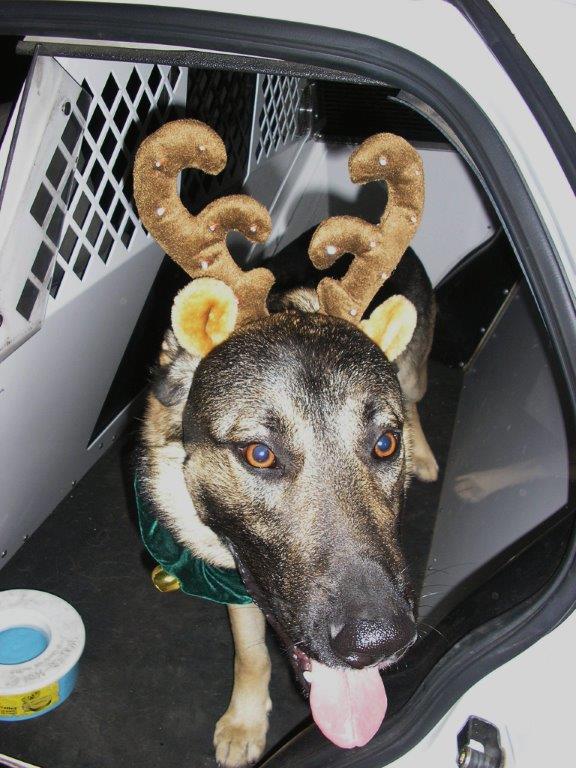 This is Sam posing in a nature display. 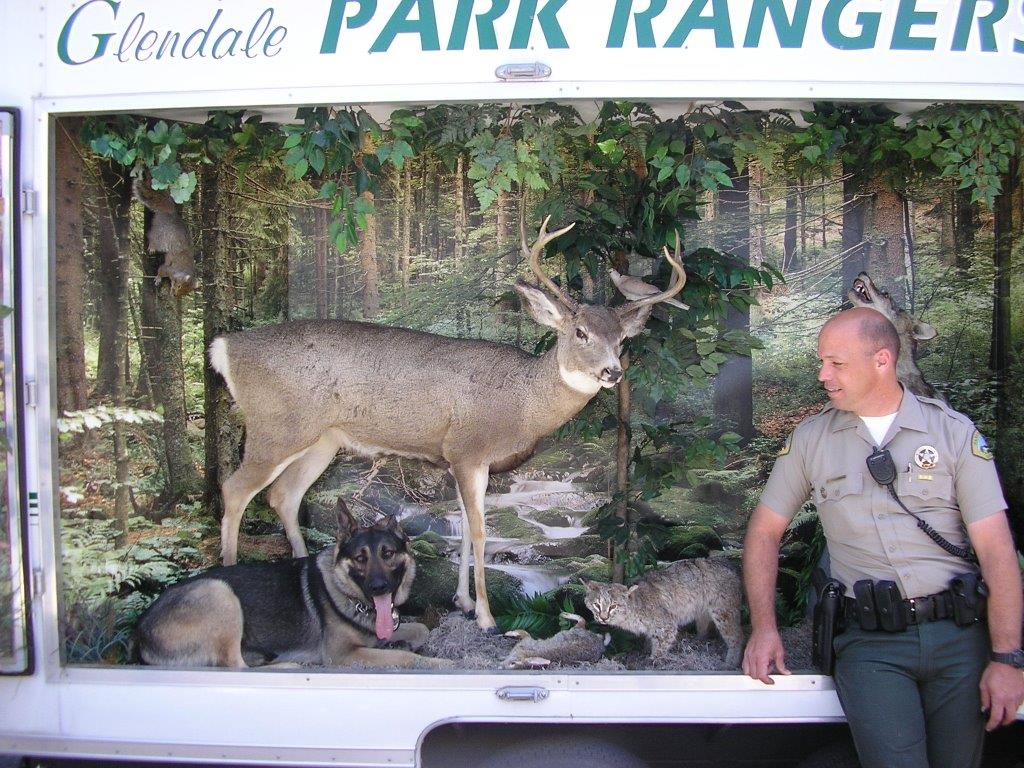 Sam is too cool for school.

This is what happens when a police dog goes after a skunk and gets sprayed.  We tried whatever we could to get the smell out, but...didn't work. 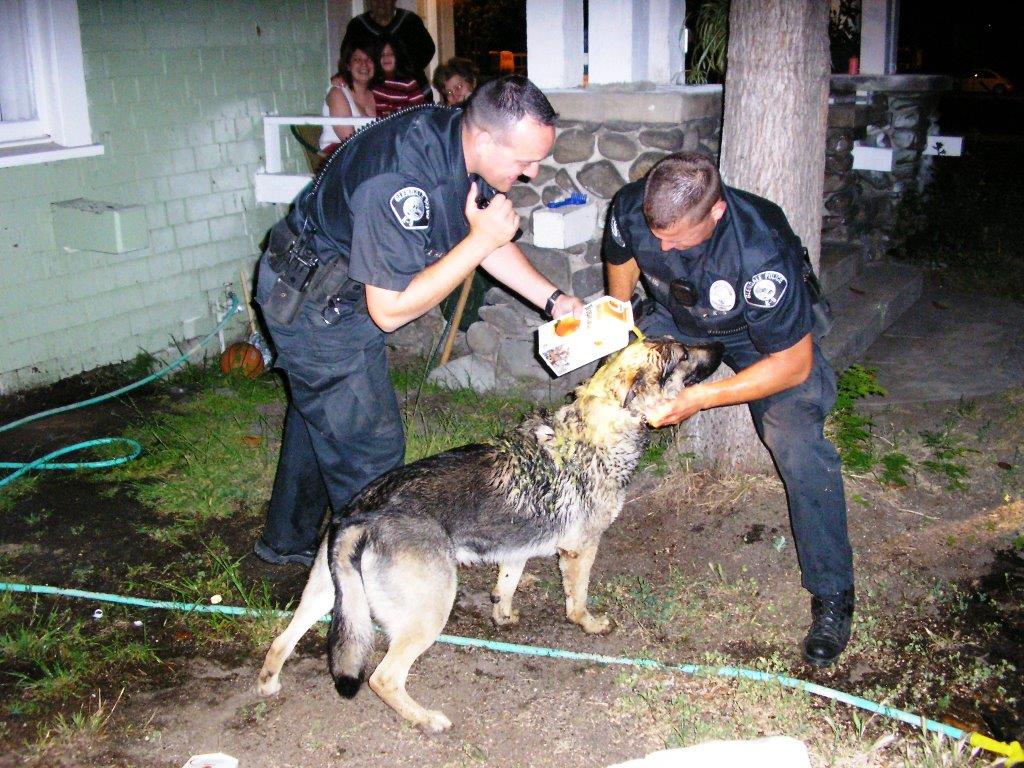 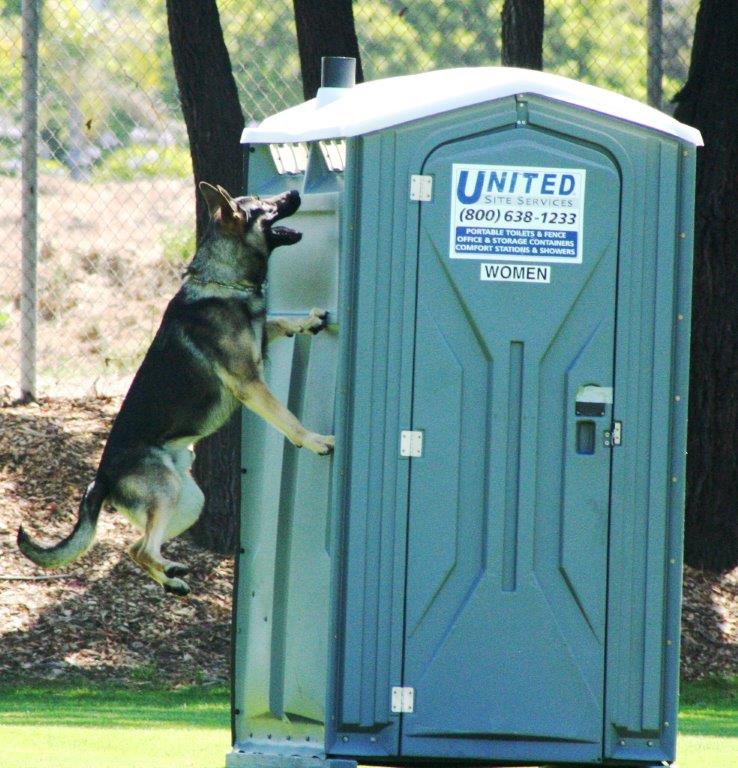 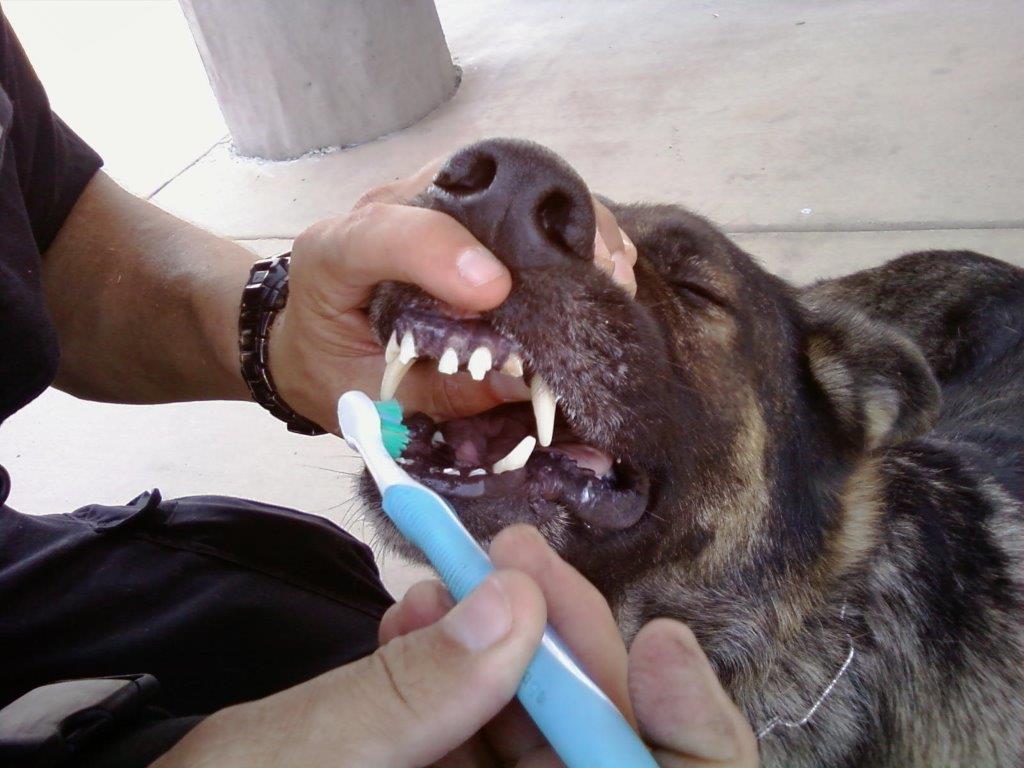 Sam in front of F14 fighter jet at Reagan Library. 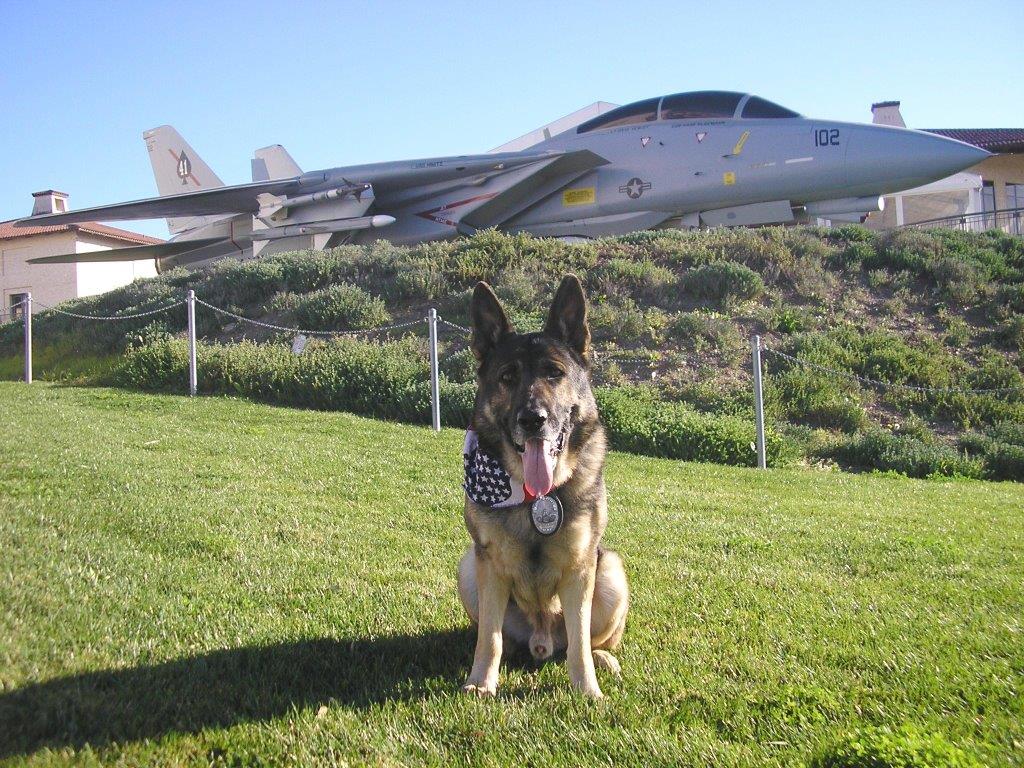