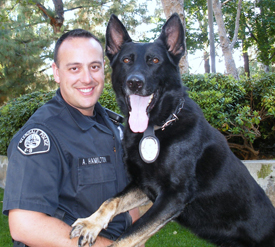 In July 2012, K-9 Quwai vom Mahner Berg retired from the Glendale Police Department. He began his career with the Glendale Police Department’s K-9 unit in April of 2006 after attending the Inglis Police Dog Academy in Ventura, California. K-9 "Quwai" served the department and the community for over six years with his handler, Officer Aaron Hamilton. K-9 Quwai was certainly a crowd favorite during demonstrations with his friendly and fun personality. His favorite game was playing tug-of-war, often taking on a half dozen or more kids at a time! When Quwai wasn’t making friends at schools, he was looking for bad guys on the street. Quwai was “cross trained” as a dual purpose dog, able to find suspects and narcotics. One felony suspect scaled a building and began jumping roof top to roof top in order to avoid meeting K-9 Quwai up close and personal. In 2011, K-9 Quwai was assigned to the narcotics unit as a full-time narcotics detection canine. He assisted narcotics detectives by using his highly sensitive nose to detect hidden narcotics in houses, vehicles, and storage units.

K-9 Quwai will enjoy his retirement at Officer Hamilton’s house. He is looking forward to relaxing on the couch and watching the fishing channel with his handler. Thank you, Quwai, for all your hard work and dedication to serving the Glendale community. Your expertise will be missed. Now, go take a break!

This is Quwai showing off his car. 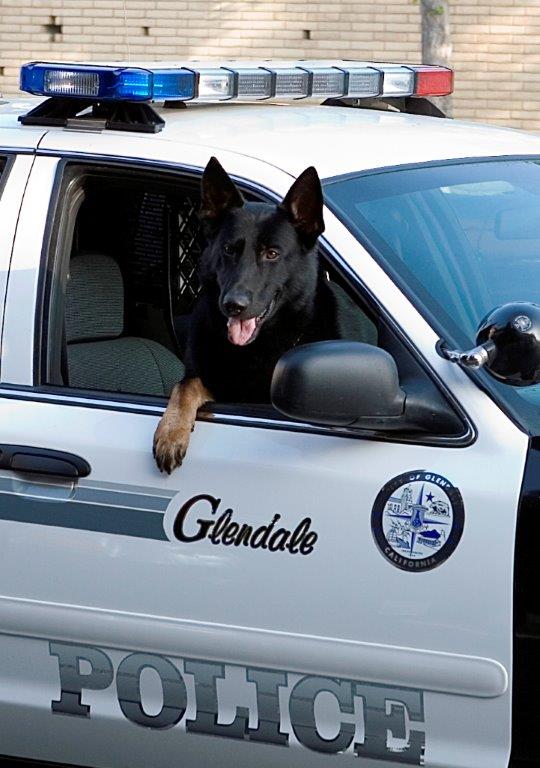 Quwai getting his belly rubbed. 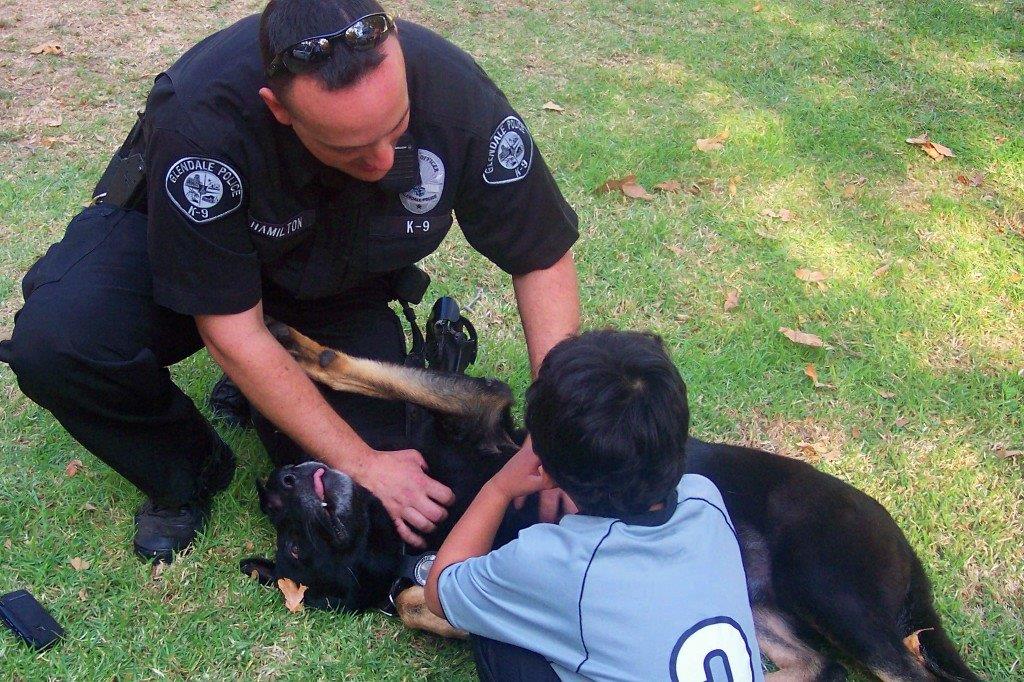