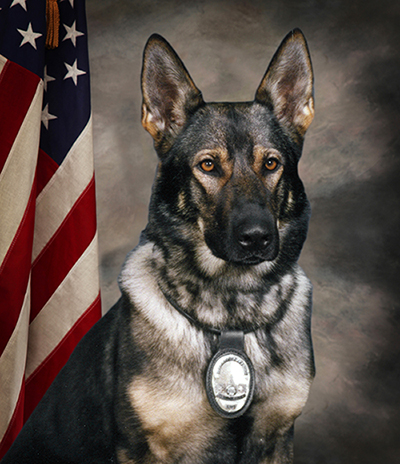 K9 Yudy is a female German shepherd who was born in Germany on April 5, 2004. She came to the United States at 17 months of age to begin her official police dog training with Ofc. Feeley. Both Yudy and Ofc. Feeley attended a four week basic patrol school beginning September, 2005. Once they graduated, they were certified to find and apprehend fleeing or hidden suspects, as well as lost individuals. In May of 2006, they attended a three week class for narcotics detection. After the three weeks, Yudy was certified in the detection of (6) narcotics. Yudy has also been certified as a hard surface tracking K-9.

Yudy also made history by finding twelve pounds of opium hidden inside a vehicle during a traffic stop. That was the largest opium seizure in the history of the Glendale Police Department. She has since located and helped seize numerous pounds of illegal narcotics, over $100,000 in U.S. currency from various individuals involved in drug activity, and has located several fleeing felons without incident.

In January of 2014, Yudy retired from the Glendale Police Department.  At 10 years old, she was one of the oldest police dogs in service, but still one of the fastest and most energetic. She has been with the program since it's inception in September of 2005. This means she has served GPD for over 8 years. During that time she has help to locate and apprehended numerous suspects involved in a myriad of violent crimes. She has also found / seized over half a million dollars in drug money. She has found hundreds of pounds of narcotics (cocaine, heroin, meth, marijuana, opium - at the time she actually had the largest opium seizure in Glendale -12 lbs.) She has located items of evidence (article searches)..one in particular was a knife hidden in a bush tossed by a suspect trying to stab people on Glenoaks!

She has done demos for schools, hospitals, businesses, retirement homes, neighborhood groups - across the southland and because of this, has touched the lives of thousands of people. Early in her career all of the Glendale K9s competed in numerous competitions in the area. Yudy won several of these competitions for "Top Dog" Narcotics, Obedience/Protection work, and agility.  Yudy's final farewell was walking in the 2014 Rose Parade with her partner, Ofc. Feeley, representing Glendale PD to the entire nation / world!!!

Yudy enjoys retirement with Ofc. Feeley, and her Chocolate Lab buddy, Boomer.  Thank you Yudy for all your hard work and dedication to keeping the citizens of Glendale safe.

Yudy and Ofc. Feeley enjoying an Autumn day at work.

Yudy and Ofc. Feeley proudly posing with cash that was located during a vehicle search. 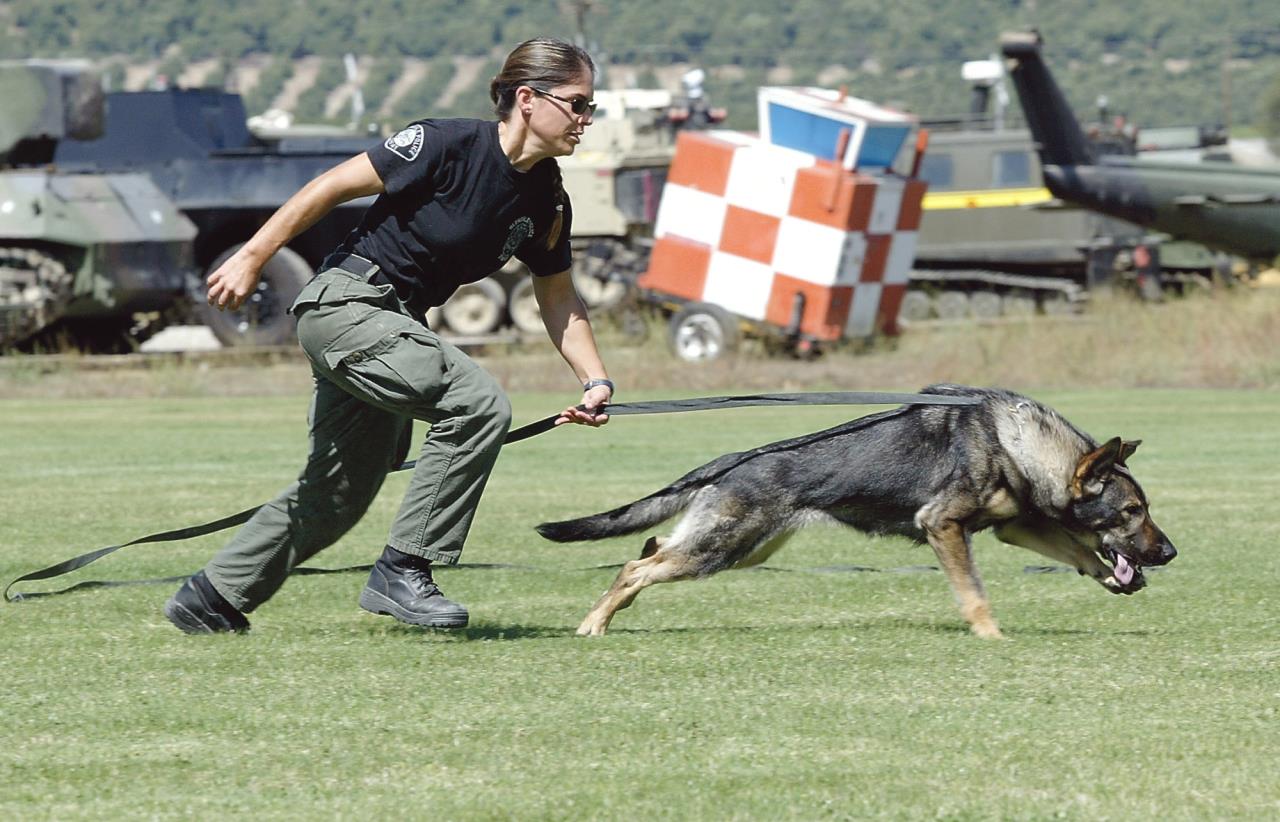 Yudy chasing down a bad guy. 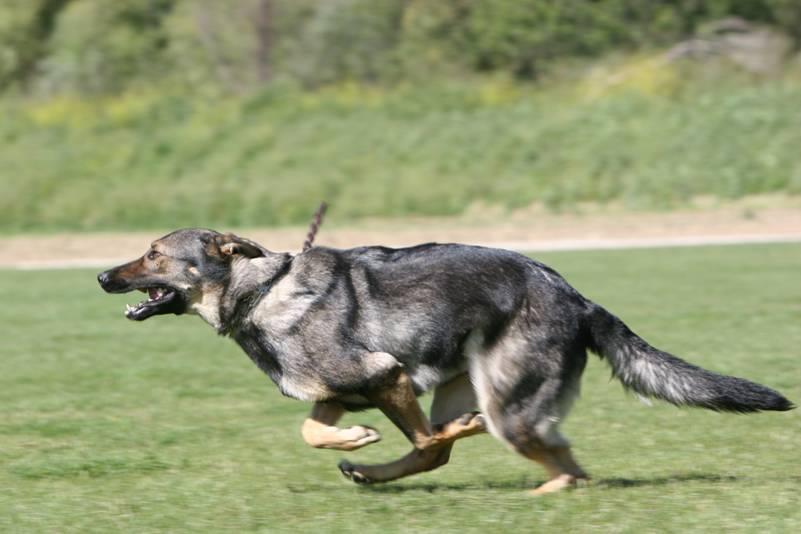 Yudy and Jager having fun together at a K9 event. 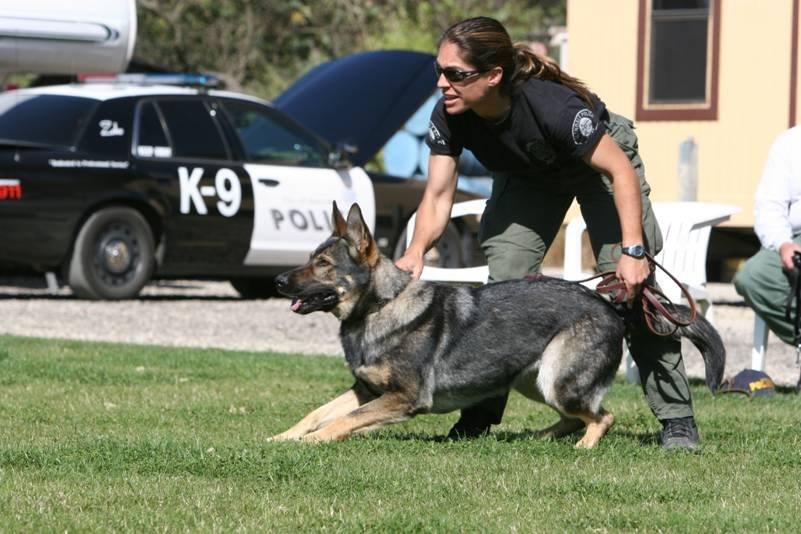 Yudy proudly posing on her favorite patch of grass. 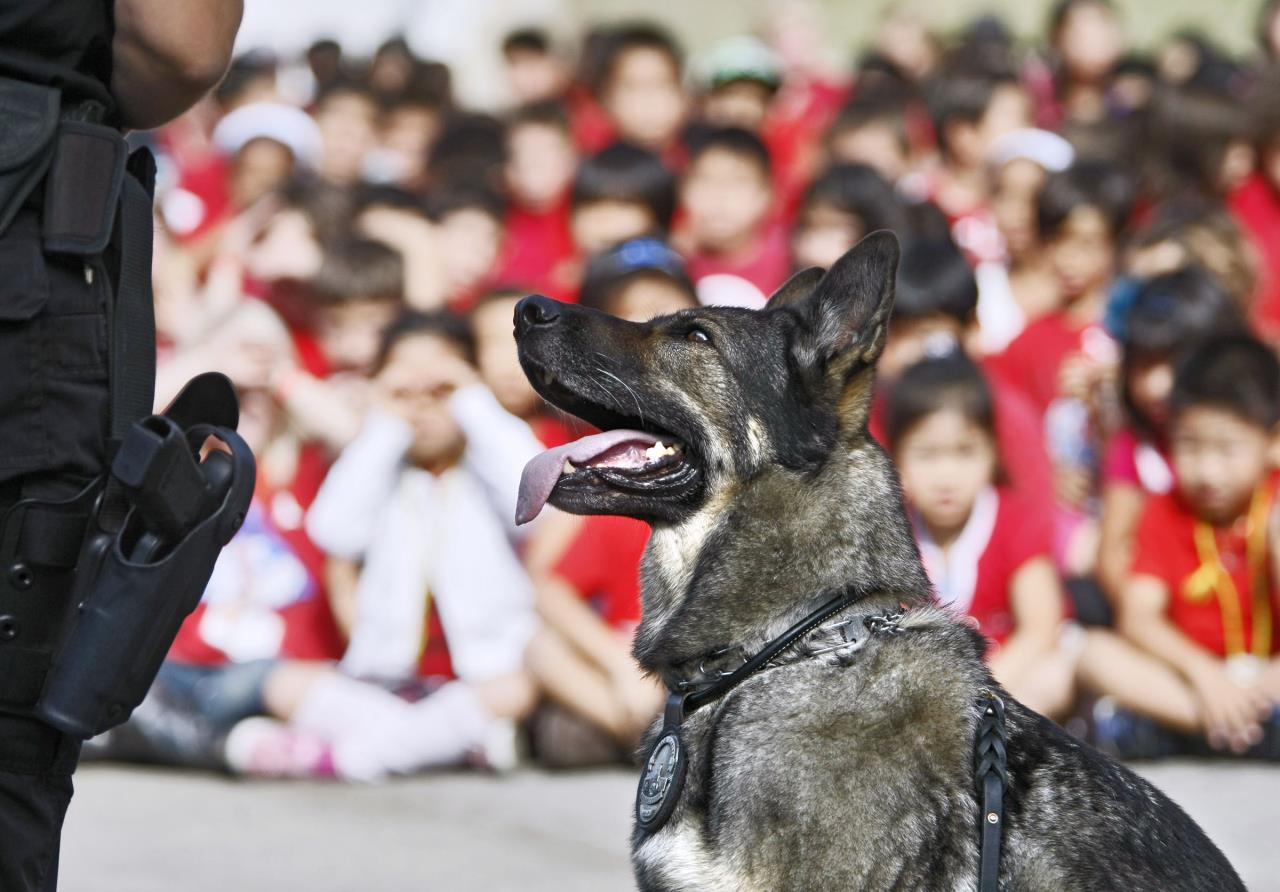 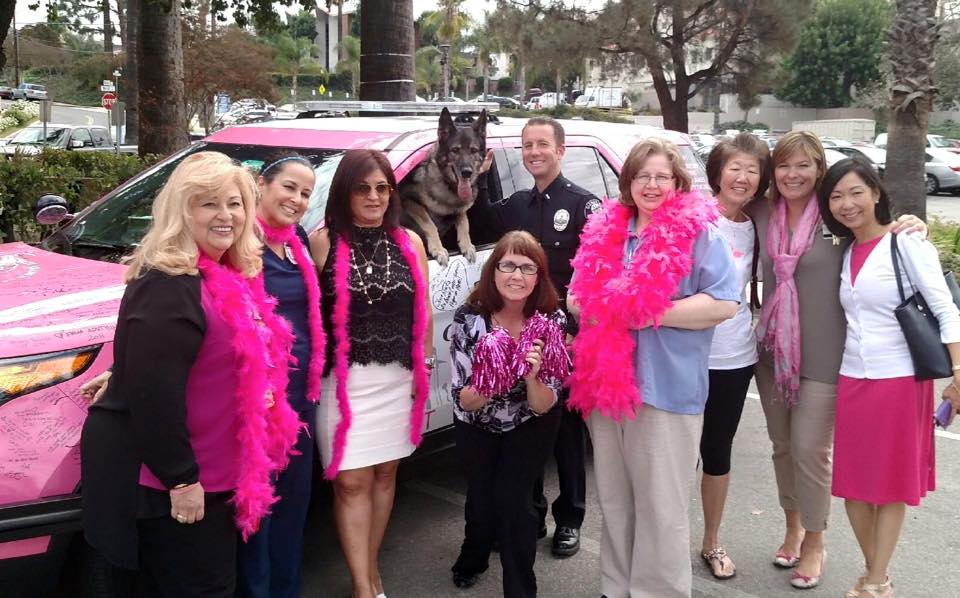 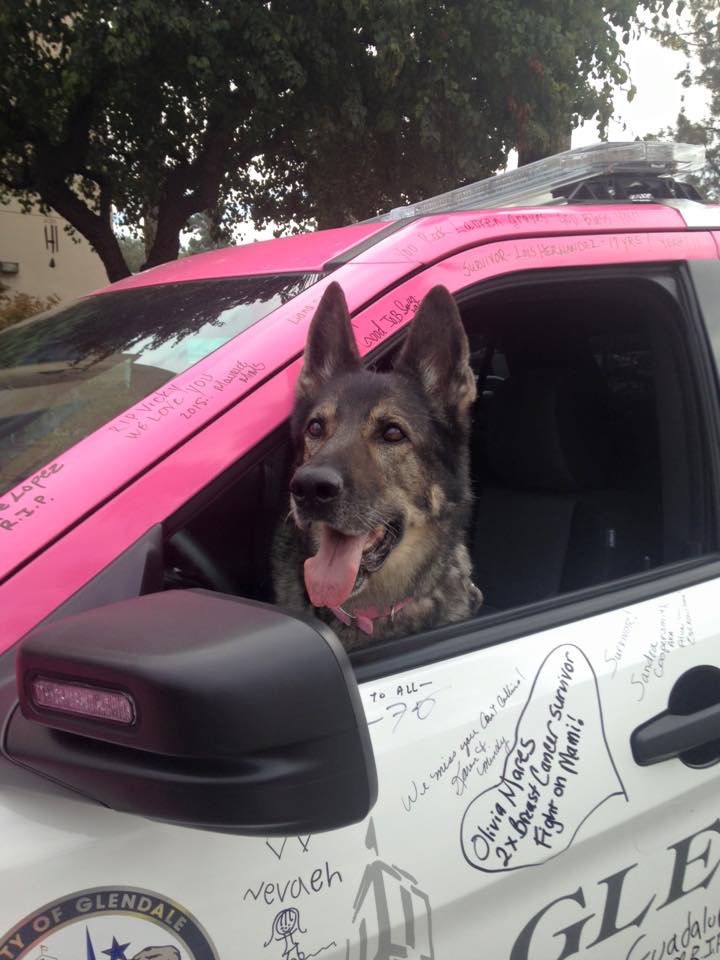 Yudy desperately wanting to take over the microphone from Captain Feeley. 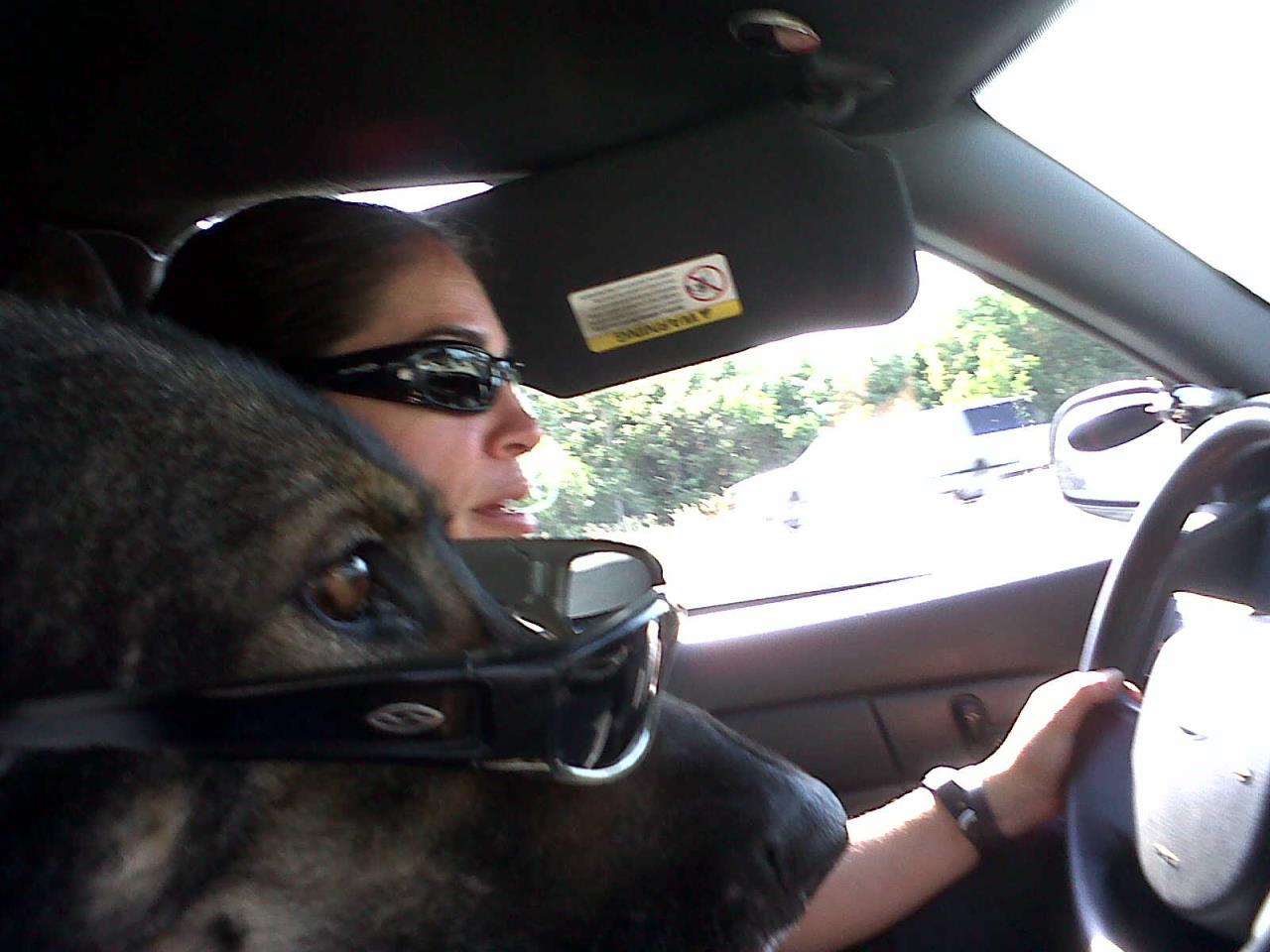 Yudy alerting to a suspect behind closed doors. 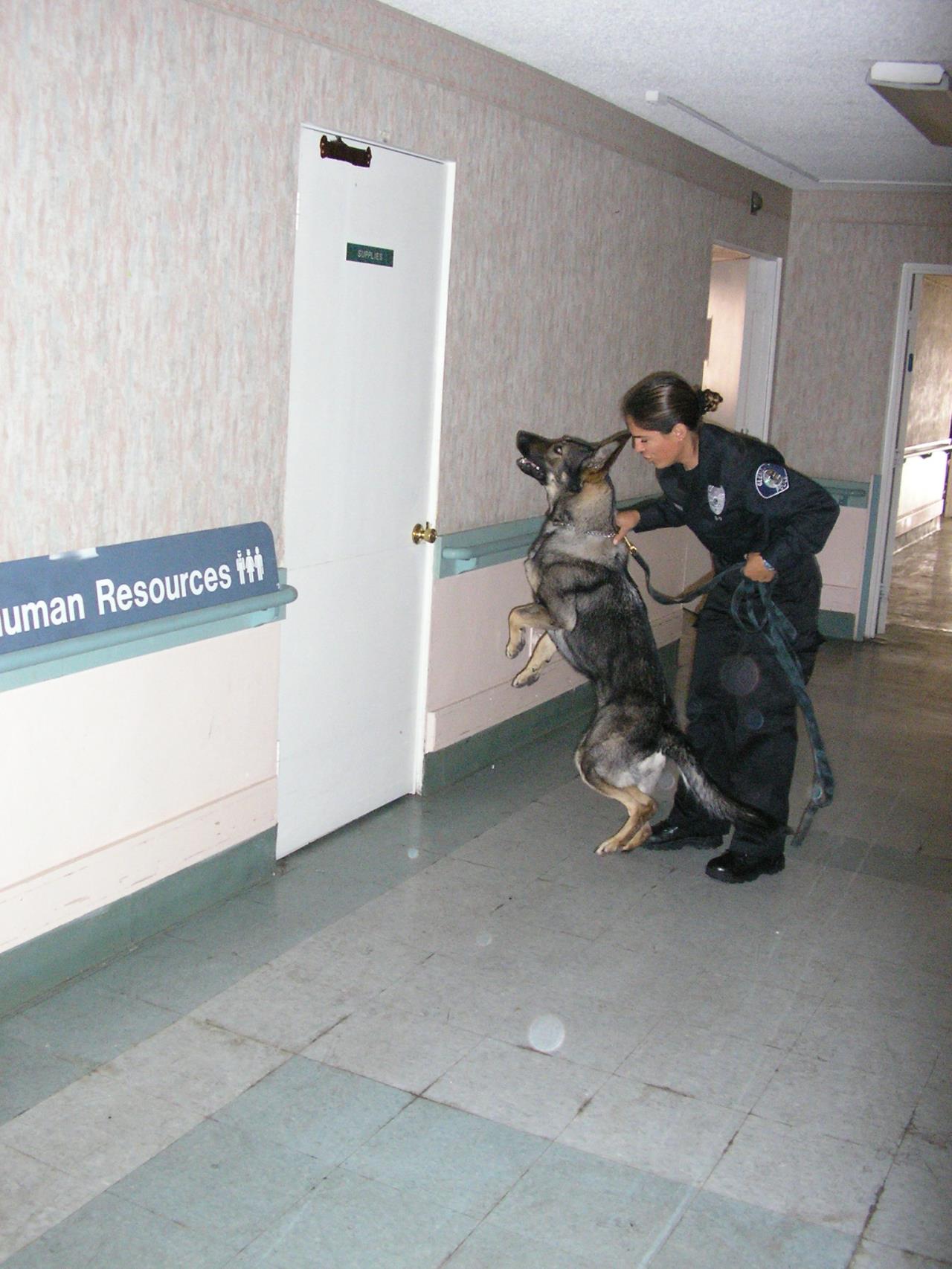 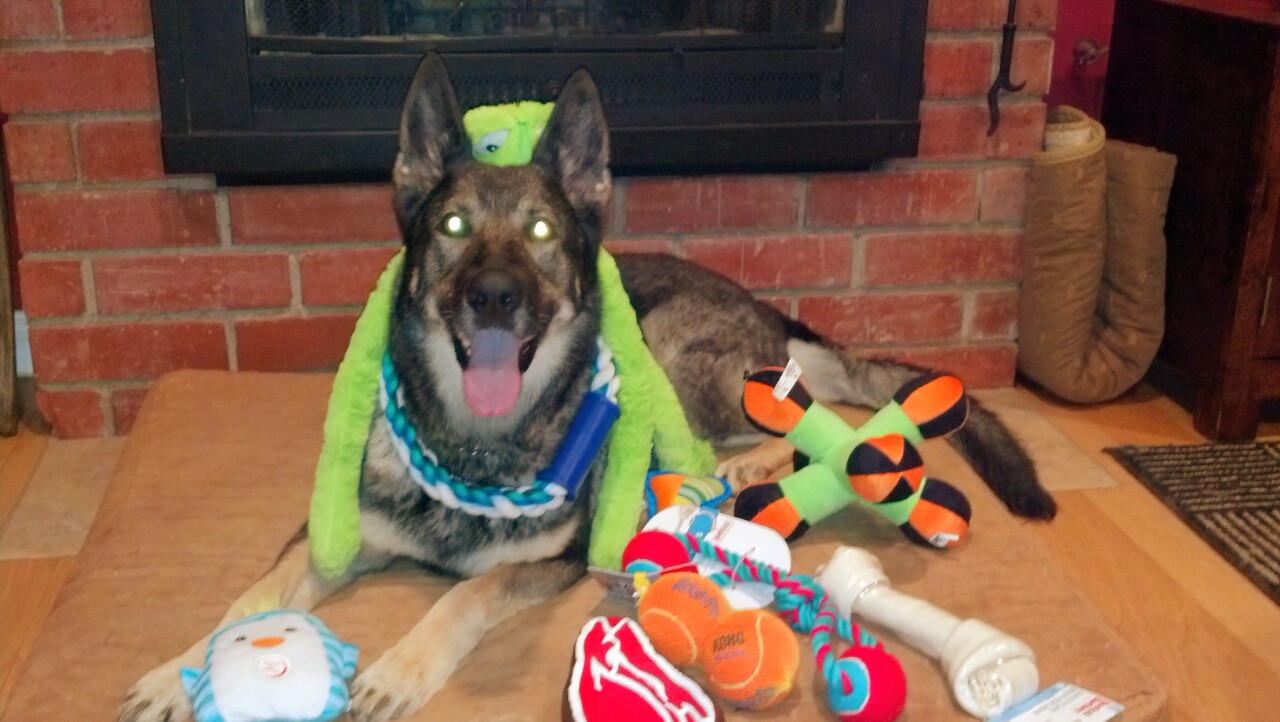