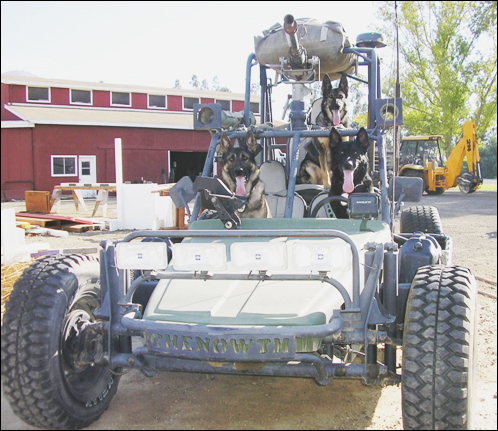 Glendale K9 Sam tolerates a bath, but obviously would prefer to be somewhere else.

K9 Yudy continues her reign as the tug of war champion

K9 Quwai and K-9 Yudi fight a tug of war game in front of a jet parked at the Ronald Regan Library in Simi Valley. The working dogs were at the library for the demo.