The Glendale Police Department had the first five canines approved in 1980 by City Council. In November 1981, the department had eight canines patrolling the streets of Glendale. Due to an unfortunate event, the K-9 unit was disbanded in 1988.

In 2005 the Glendale Police Department, under the direction of Chief Randy Adams, recognized the need for canines in a city our size. Up to then, the department would request canines from surrounding police departments, which delayed response times. In September 2005, Officers Shawn Sholtis and Maribel Feeley started canine patrol school. Officer Sholtis was introduced to his canine partner, Sam, and Officer Feeley was introduced to her canine partner, Yudy. Four weeks later, Sam and Yudy were on the streets of Glendale.

Six months later, in March of 2006, two new canines joined the ranks of the Glendale Police K-9 Unit. Officer Robert Wynkoop was introduced to his canine partner, Marlin, and Officer Aaron Hamilton to his canine partner, Quwai. After four weeks of training, Marlin and Quwai joined Sam and Yudy in protecting the streets of Glendale.

The total cost to purchase and initially train one police dog is approximately $22,500.00. This does not include any maintenance, training, equipment, or supplies, which adds up to thousands of dollars per K9 team a year.

All training, food, and equipment for the dogs is provided by generous donations from our community to the Glendale Police Foundation, a non-profit organization that helps the police department raise necessary funds. Without these donations we would not be able to provide the level of protection and service our dogs give to this community.

Our current K9 Team consists of the following:

The following K-9's have previously served the community at the Glendale Police Department:

To honor the service of all our heroic partners, a bronze K-9 statue was donated as a Gold Award project by Girl Scout Brittany Lerian in 2016. The statue proudly sits in the lobby of the Glendale Police Department. 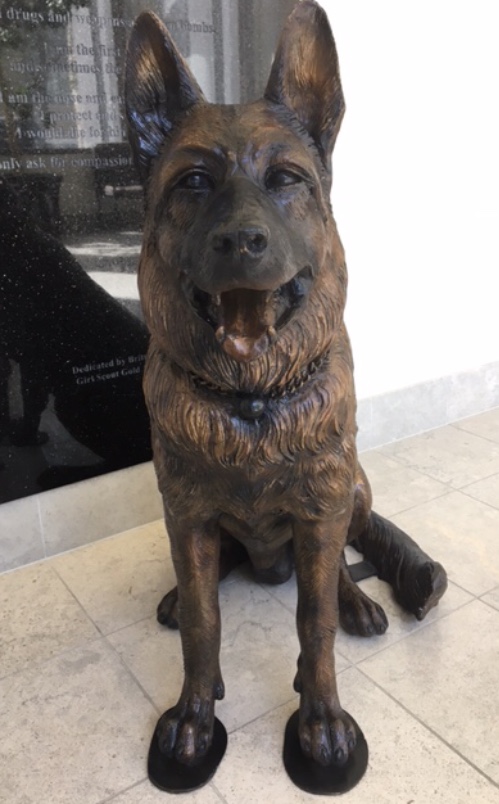 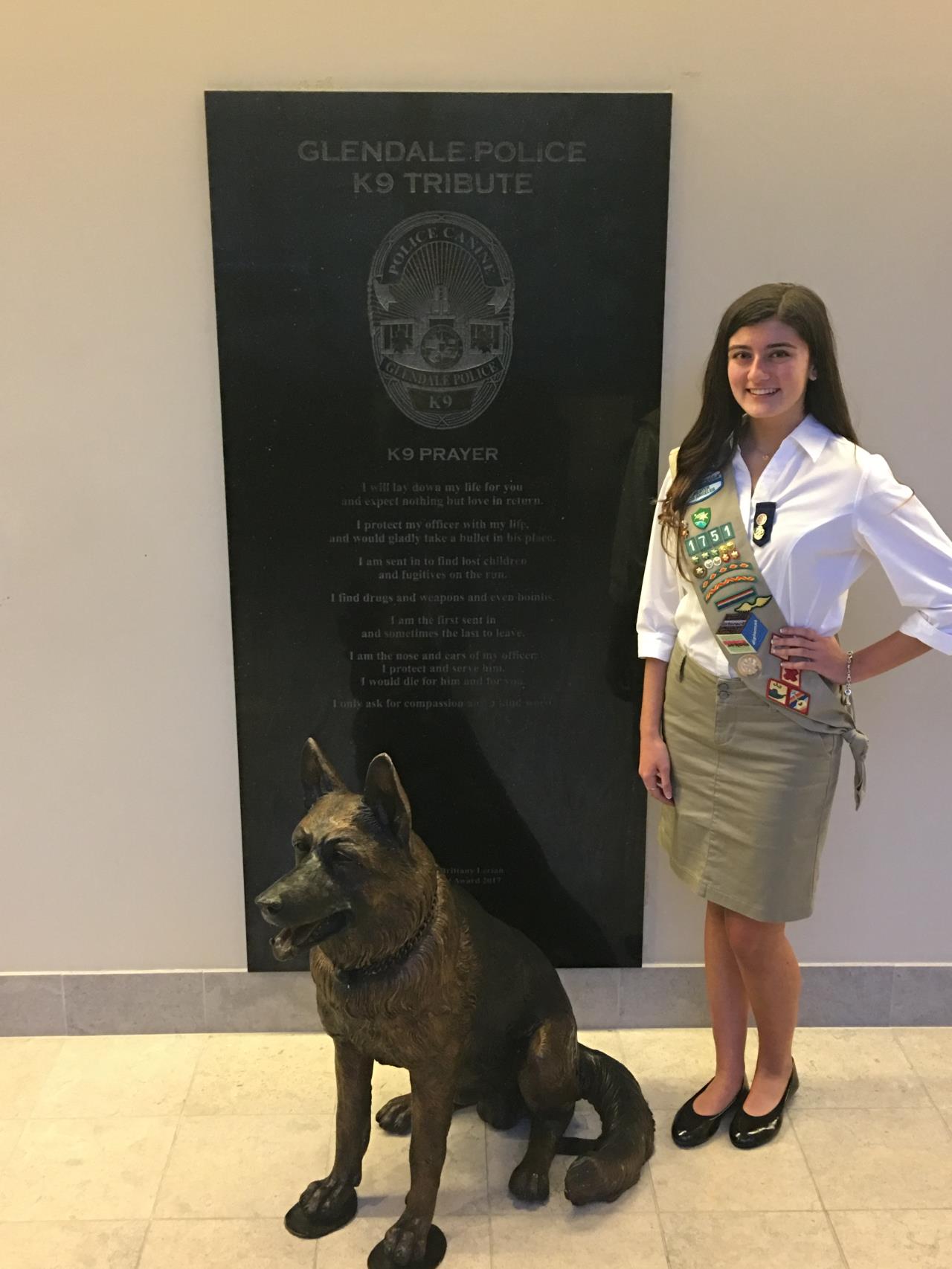