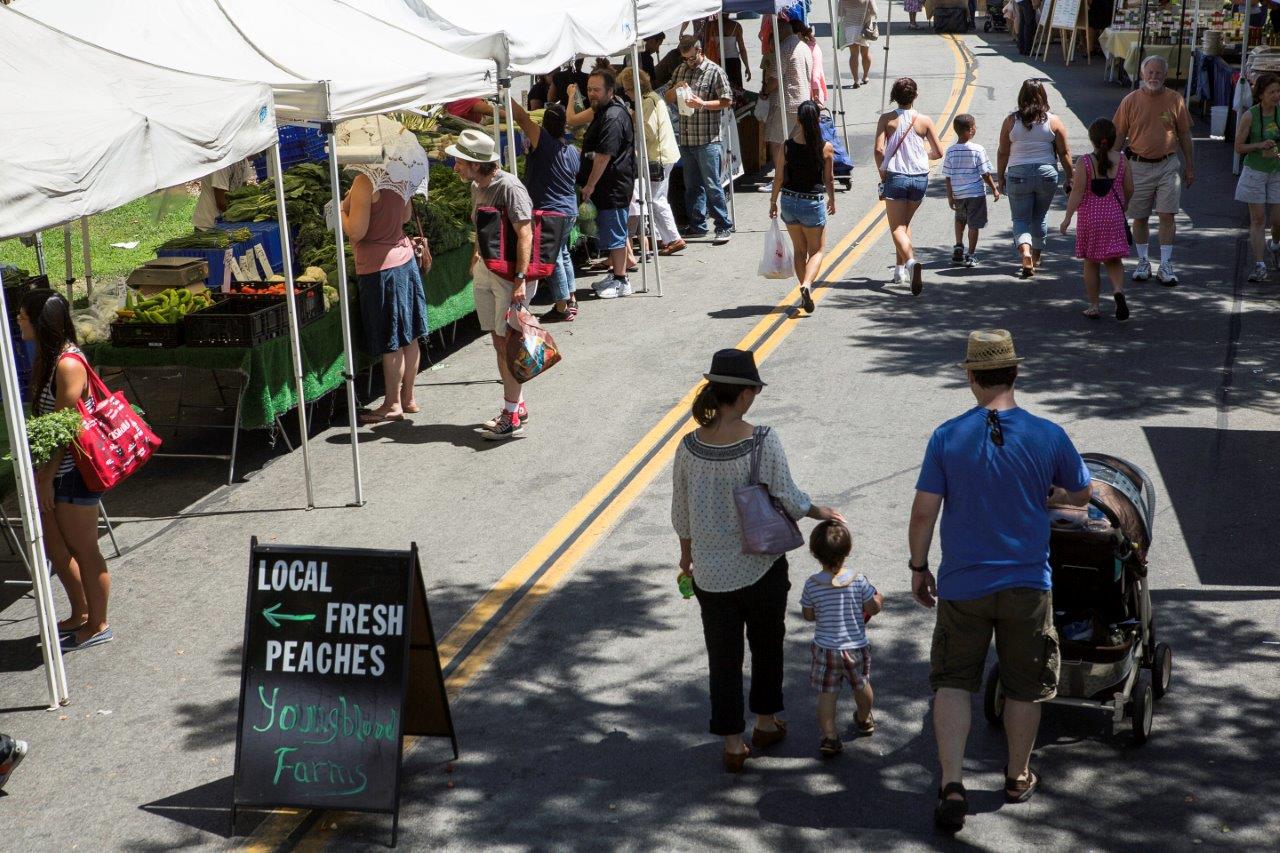 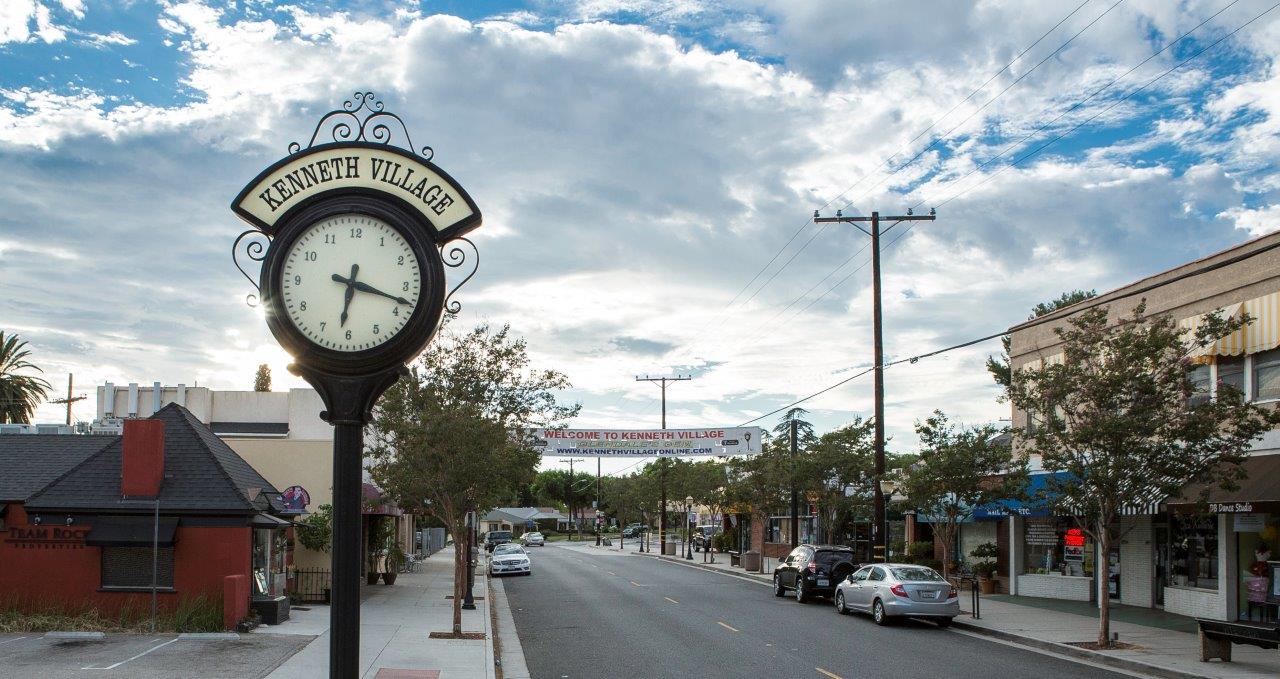 Each of Glendale's neighborhood districts of Montrose, Kenneth Village, Sparr Heights, and Adams Square have a unique charm and character. The Division aims to strengthen these individual neighborhood districts by attracting independent businesses to critical vacancies, support infrastructure which improves business attraction and expansion, and enhance elements of place making.

These unique districts provide the Glendale community with variety, convenience, and excellent services in a relaxed and welcoming environment. These districts not only offer excellent goods and services, they also host family oriented special events throughout the year, such as carnivals, car shows, and themed parades.

Active associations within these districts are instrumental in coordinating beautification efforts, special events, and acting as a communication link between the member businesses and with City Hall. The goal of the business and property owners of these associations is to improve their district and make the businesses more financial viable for the betterment of the area. The districts include the following:

Montrose Shopping Park,  Montrose Shopping Park Association
Montrose Shopping Park, Glendale’s official Old Town, is located along a park-like main street where very quaint shops and restaurants line the street. Montrose offers goods and services in a down home atmosphere. It also boasts yearlong activities like the weekly Farmers Market, Arts & Crafts Festival, Halloween Spooktacular, Oktoberfest, and so much more. Visit Montrose to experience for yourself all that the district has to offer and use the hashtag #MeetMeInMontrose for a chance to win a prize!
Website: https://shopmontrose.com/

Community Benefit Districts (CBDs)
The Glendale City Council has approved an ordinance that allows for the establishment of a special benefit district referred to as a Community Benefit District (CBD). A CBD is a community driven partnership with the City and aimed at improving the quality of life in neighborhood and mixed use commercial districts.

Much like Business Improvement Districts (BIDS), CBDs are a voluntary funding mechanism where following a voting process of those assessed and public hearings at City Council, either property owners, business owners, or a combination of the two are levied a special assessment to fund improvements and services that benefit their commercial district, local businesses and properties. In areas with mixed use developments, it could also include residential property owners. The funds and services are administered by an existing or newly established non-profit entity comprised of those who pay the assessments. For more information, contact the Economic Development Division at (818) 548-2005. 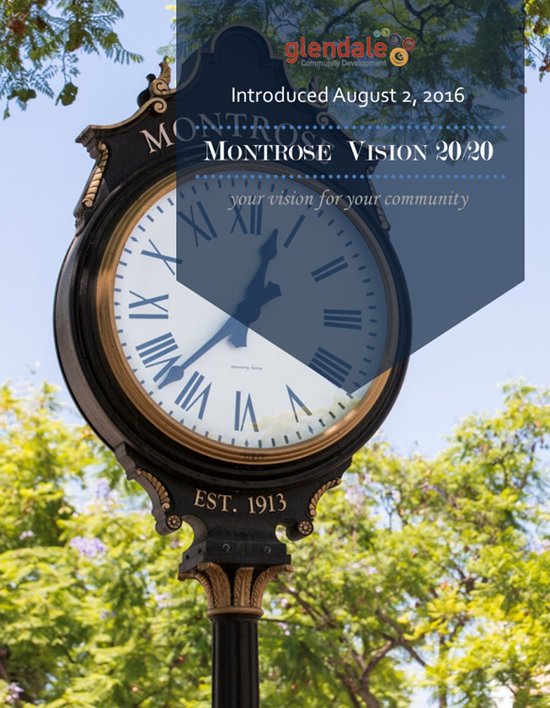 Montrose is a unique, distinct and historic treasure beloved by the community that surrounds it. Together, stakeholders have worked with the City of Glendale to develop a vision for Montrose’s future: where it is now, where we want it to be in the future and how, together, we can get there. In 1910 developers started preparing the land for what would be named Montrose in 1912, and by 1914 the first commercial building opened on the southwest corner of Honolulu Avenue and Verdugo Road as Montrose Hardware and Grocery Store. That building, a curved single story building now occupied by Benitoite restaurant, still welcomes visitors to the shopping park. Many of the other buildings along Honolulu Avenue were built during the 1920s, although many now have more modern facades. Montrose was annexed piece by piece by Glendale during the 1950s. In 1967 the Montrose Shopping Park was formed to attract more shoppers with a pedestrian friendly ‘Main Street’ feel. Shortly afterwards, the City of Glendale purchased lots behind shops on Honolulu Avenue to build large parking lots. A hundred years after Montrose was founded, the Montrose Shopping Park continues as a bustling shopping and dining destination. With nearly 200 commercial establishments, weekly Harvest Markets, regular events and a family-friendly nightlife, Montrose is at the heart of Crescenta Valley community life.

In 2011, the City of Glendale Community Development Department worked with stakeholders to develop the North Glendale Community Plan. This plan served as an important planning and development document. It recognized the distinct character of neighborhoods including Montrose and the adjacent Sparr Heights Business District, and describes Montrose’s key characteristics, vision and priorities. The Montrose 20/20 Vision is intended to serve as a visionary document that details both priorities
expressed by Montrose stakeholders and the tools available to achieve those goals and objectives.

Why is this needed? For three main reasons:
1) An expressed desire to attract more visitors, shoppers and diners to Montrose;
2) There is relentless change occurring all around us. There is concern about the proliferation of national tenants, an “overabundance of restaurants,” the lack of retail or the right type of retail, and a change in consumer’s behavior. This vision attempts to address these matters head on; and,
3) There is limited staff and resources when it comes to each and every stakeholder involved in Montrose. This process helps identify priorities to effectively allocate those resources.