The following graphs indicate Glendale’s racial diversity. The percentage of population of Two or More Races and Some Other Race appear to have decreased since the last Census by about the same percentage that the White population appears to have increased. It is possible that the decreased population of these racial groups is connected to the decrease in overall Glendale population. It is also possible that certain racial groups defined themselves differently than the past Census. The Census questions regarding race and ethnicity changed from the 2000 Census to the 2010 Census. 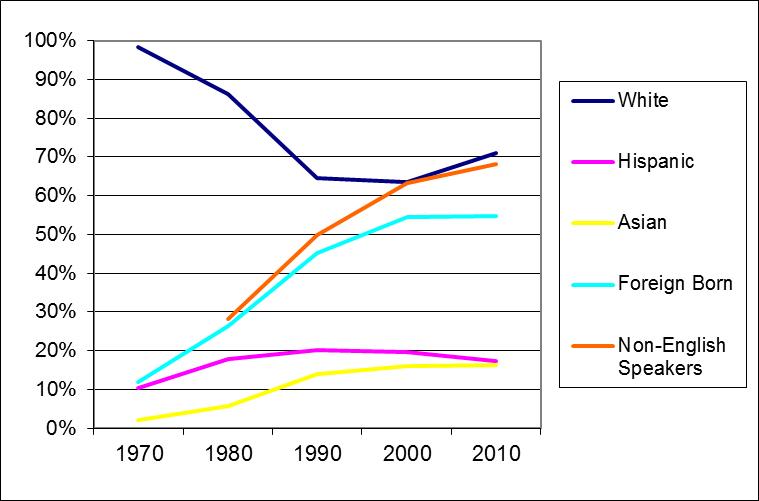 These graphs represent the main race categories for Glendale in the 2010 Census data.  For other race/ethnicity data, please consult the AmericanFactFinder page  produced by the U.S. Census Bureau.