Glendale is a study in contrasts in terms of income levels and poverty rates. Although there are areas in the city where median household incomes exceed $100,000 per year, some Census tracts have median incomes of just over $19,000 per year. 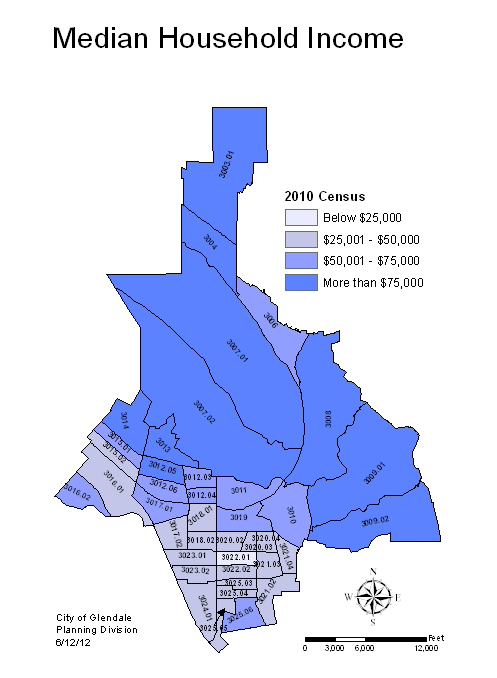 The median household income for Glendale lags behind that of other local cities and even the County.

There are also significant amounts of poverty, especially in the Census tracts located in the southern and central parts of the city. 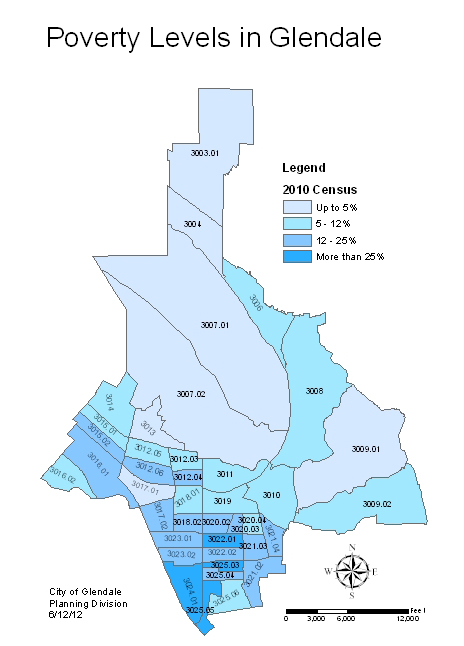