As the population of Glendale has decreased, so has the average size of households.  As the following table shows, this trend changed abruptly in the 1980’s when average household size rose dramatically. 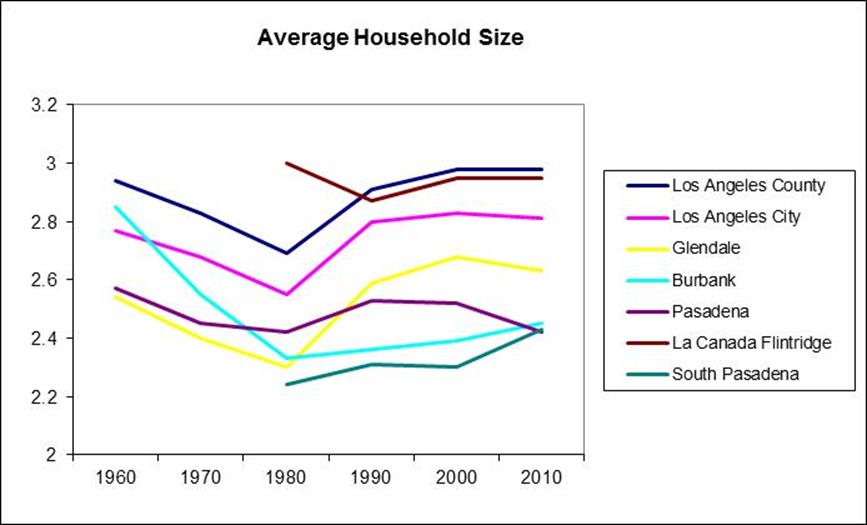 Some of the causes for the decrease in household size may include a decrease in the prevalence of extended families due to recent emmigration, decrease in births, or a change in the housing costs.

The increase in household size that began in the 1980’s tapered off in the 1990’s. This trend is expected to continue as the "baby boom" generation ages and as the immigrant population that arrived in the 1980’s becomes more financially secure and more integrated into the local social fabric.

The aging of the baby boom generation, and the temporary influence of the wave of immigration of the 1980’s, is reflected in the rising median age of residents in Glendale:

The lower median age in 1990 represents data from the 1980’s and likely results from a large percentage of immigrants from that period having more children compared to existing residents. This dip in the median age quickly reversed itself; a rising median age is the most likely trend for the future according to experts on population trends.