Glendale, CA: On April 4, 2020, at approximately 2:30am, an officer on patrol observed a male working under the hood of a vehicle on the 1700 block of W. Mountain St.  The officer approached the male, who stated his car battery had died.

Upon verification of the male’s identity, the officer discovered that the male had two warrants from Colorado, including one “no bail” warrant with nation-wide extradition.

After further investigation, the officer discovered the male was in possession of narcotics.

The male, identified as 21-year-old Dany Sanchez from Los Angeles, was subsequently arrested for possessing a controlled substance and for the nationwide warrant. 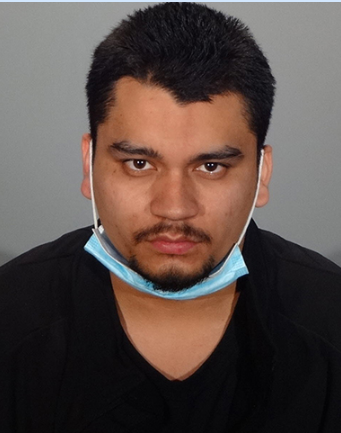 Glendale, known as the “Jewel City,” is one of the largest cities in Los Angeles County. With a population of over 200,000, Glendale is a thriving cosmopolitan city that is rich in history, culturally diverse, and offers limitless opportunities. It is the home to a vibrant business community, with major companies in healthcare, entertainment, manufacturing, retail, and banking.