Burglary in Progress Results in Arrest

Glendale, CA - On 1/20/20, officers responded to the 500-block of Burchett Street regarding a burglary alarm at a closed business. A perimeter was established immediately, and officers observed a male wearing a hooded sweatshirt and carrying a backpack inside of the building. As officers approached the building, the male triggered another alarm by exiting through a locked door.

Officers were able to detain the suspect; he was identified as 33-year-old Juan Garcia of Los Angeles. Garcia was found to be in possession of items from inside of the business along with narcotics. Garcia was ultimately arrested for burglary and possession of a controlled substance. 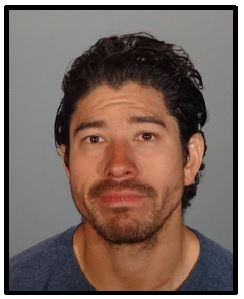