On Thursday, 1/16/2020, an officer observed a motorcycle with no license plates. Upon an attempt to contact the driver, the motorcyclist veered off, crossing double yellow lines in the process. The driver refused to pull over, and a pursuit was initiated when the motorcyclist entered the 134-West freeway onramp. Due to the suspect’s reckless driving, it was decided that the Police Helicopter would take over the pursuit for better surveillance.

The suspect exited the freeway and entered into a residential area where he abandoned the motorcycle and fled on foot. A perimeter was set up, and the helicopter located the suspect in the backyard of a residence. The suspect, identified as 30-year-old Luis Landeros of Quail Valley, CA, who was on probation for vehicle theft, was arrested for Felony Evading and Vehicle Theft, and taken into custody without further incident. 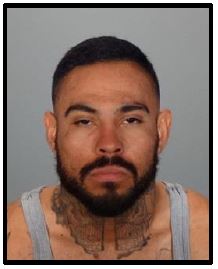