Glendale, CA: National Breast Cancer Awareness Month takes place every year during the month of October.  It is an annual health campaign organized by major breast cancer charities to increase the awareness of the disease and to raise funds for research into its cause, prevention, diagnosis, treatment and cure.  In 2019, an estimated 268,600 new cases of invasive breast cancer are expected to be diagnosed in women in the U.S., along with 62,930 new cases of non-invasive breast cancer.

For the past three years, the Glendale Police Officers’ Association (GPOA) has partnered with the #PinkPatchProject in an awareness and fundraising campaign.  The #PinkPatchProject is a collaborative effort between the Los Angeles County Police Chiefs' Association and public safety agencies across the country and beyond.  Each agency participating has partnered with a cancer research organization, hospital or support group to raise funds and spread awareness. The GPOA will be selling patches for $10.00 each and proceeds will be donated to Dignity Health Glendale Memorial Hospital for cancer research.

For the fifth year in a row, the Glendale Police Department is taking the initiative in observing and supporting Breast Cancer Awareness Month by adding a partially wrapped pink Jeep and five police motorcycles to its fleet of vehicles. This campaign would not be possible without the generous support of the 2019 sponsors, Dignity Health Glendale Memorial Hospital and Megaplex Window Tinting.

In addition, pink lights will illuminate the Glendale Police Department and Glendale City Hall at sundown throughout the month of October.

Members of the public can purchase the pink patches at the Glendale Police Department front desk or by contacting the GPOA office at gpoa@pacbell.net.

Click on the link to learn more about the Pink Patch Project. https://pinkpatchproject.com/about 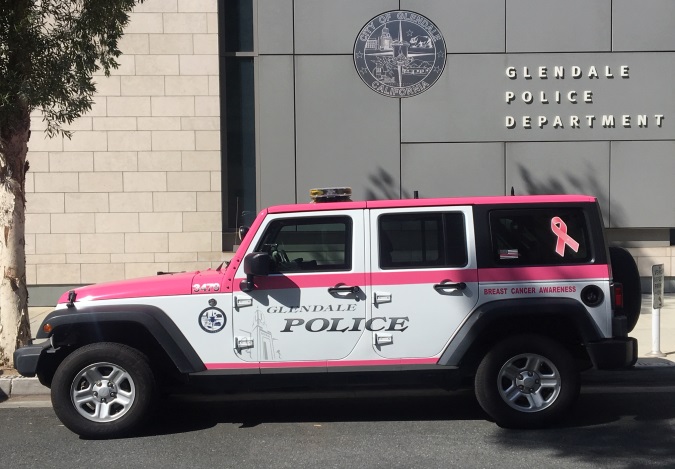 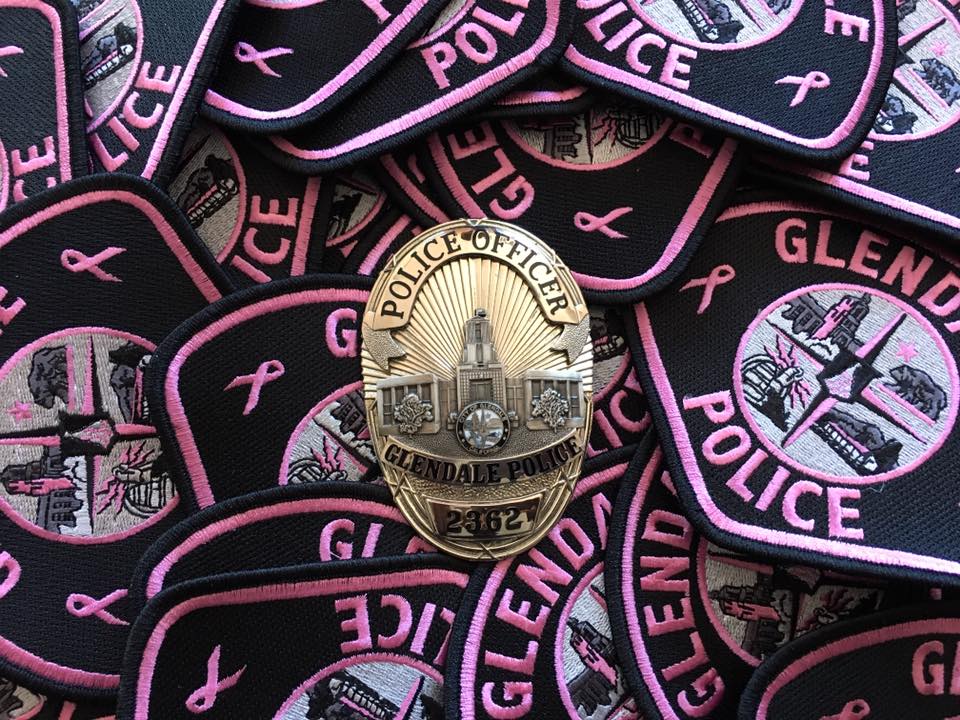