$15,000.00 Reward Offered for the Arrest and Conviction of Brian Cruz

Glendale, CA – On July 19, 2019, Glendale Police Officers were dispatched to the 600 block of West Wilson at 4:15 a.m. in regards to an attempt murder that had taken place.  When the officers arrived on scene, Brian Cruz had already fled the residence.

Cruz is accused of striking his fiancée in the face and head several times with a hammer.  The victim suffered several bone fractures to her face and skull as well as multiple broken bones to her hands and an amputated finger.  She has since had multiple reconstructive surgeries and is currently undergoing physical therapy to regain the use of her hands.

The victim’s mother was also struck with a hammer in the head when she tried to intervene.  She was treated at a local hospital and released shortly after the attack.

Cruz is described as a 29 year old Hispanic man, 5’11 inches and approximately 200 pounds. He has black hair and brown eyes. Cruz was driving a black GMC Sierra pickup truck, with a black license plate number BCG1129. Cruz is known to have family in Palmdale, California and Puebla, Mexico.

Anyone with information that can assist with the investigation is encouraged to contact the Glendale Police Department at 818-548-4911. If you wish to remain anonymous, call the L.A. Regional Crime Stoppers at 1-800-222-TIPS (800-222-8477), use your smartphone by downloading the “P3 MOBILE APP,” or go directly to www.lacrimestoppers.org. 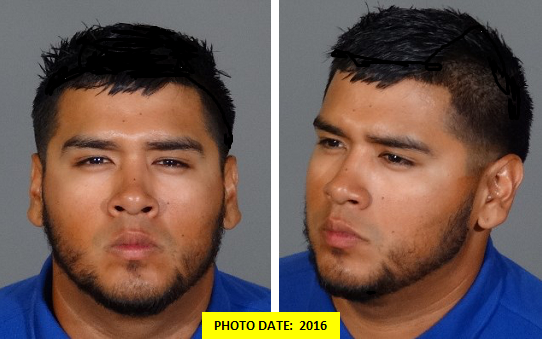 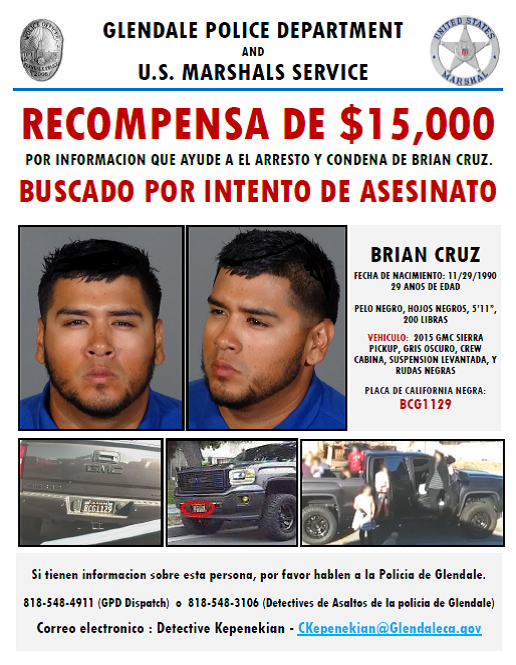