Glendale, CA:  On September 16, 2019, the Korean Comfort Women Peace Monument located on the Glendale Central Park grounds was vandalized.  The monument was written on by a black marker and several potted plants around the monument were knocked over.  The Glendale Police Department is investigating the incident, including reviewing surveillance footage of the incident.  Below is a still shot from the footage. 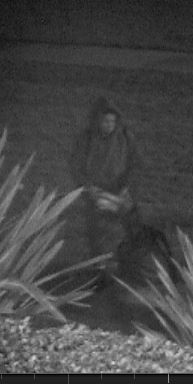 The monument was also vandalized in July of 2019, when an unknown substance was smeared on the monument and several flower pots around the monument were shattered.  This incident remains under investigation.

The monument was installed in July 2013 with the cooperation of the Korea-Glendale Sister City Association; the monument was paid for and is maintained by the Korean American Forum of California. “The City council supported the installation of the Comfort Women Peace Monument as a lasting tribute to the suffering of women and girls of many nationalities during World War 2 and to promote peace between all,” said Mayor Ara Najarian. “The City of Glendale takes this incident very seriously and will take all measures to apprehend the perpetrators and hold them accountable in a court of law.”

Anyone with information that can assist with the investigation is encouraged to contact the Glendale Police Department at 818-548-4911. If you wish to remain anonymous, call the L.A. Regional Crime Stoppers at 1-800-222-TIPS (800-222-8477), use your smartphone by downloading the “P3 MOBILE APP,” or go directly to www.lacrimestoppers.org. 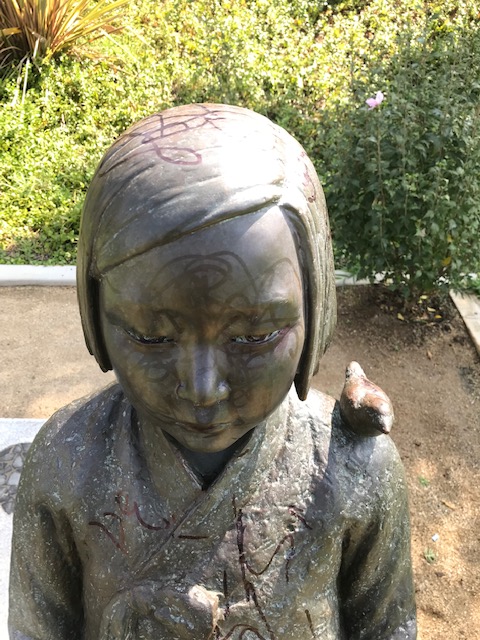