On June 15, 2019, Glendale Officers entered a business complex parking lot in the 1100 block of South Glendale and parked their vehicle. Upon exiting the patrol car, they heard the sound of shattered glass hitting the ground.  As the officers walked towards the direction of the noise, they saw a male running westbound out of sight onto Chevy Chase Drive. The officers contained the area and they were unable to locate the male. Further investigation revealed that the front glass door to the Glendale West Pharmacy was broken and the interior alarm activated.

A search inside the pharmacy confirmed a burglary. Located near the front door was a cash register on the ground, two bags containing empty prescription pill bottles and a back door room had been forced open.

The Glendale Police Department Forensics team processed the crime scene and blood evidence collected was submitted for DNA testing at the Verdugo Regional Crime Lab located at the Glendale Police Department. The results of the DNA testing identified Donwayne Davenport as the suspect. Davenport has an extensive criminal history and multiple pharmacy burglary arrests since June 2019.

On September 5, 2019, detectives from the Glendale Police Department Burglary Detail served a search warrant at Davenports home in Compton where he was located and taken into custody without incident.

The case remains under investigation by detectives. 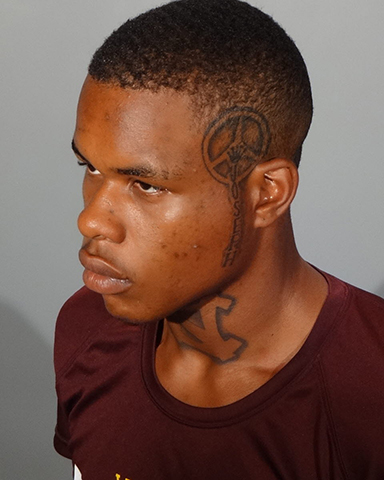