The City of Glendale has launched a temporary wayfinding & informational signage program directing residents and visitors to many of Glendale's landmarks and destinations.

The signs are intended to stimulate walking and exploration within the City and to encourage the public to take an active role in making Glendale a safer and more pleasant place walk. They point to some of the City's most popular locations including the Alex Theater, Montrose Shopping Park, the Glendale Galleria and the Americana, local parks & libraries and feature interesting facts and statistics about walking.

People are invited to take photos of their walks throughout the City and to share their thoughts on making Glendale more pedestrian safe, using #GlendaleWalks to help raise awareness about this important issue. 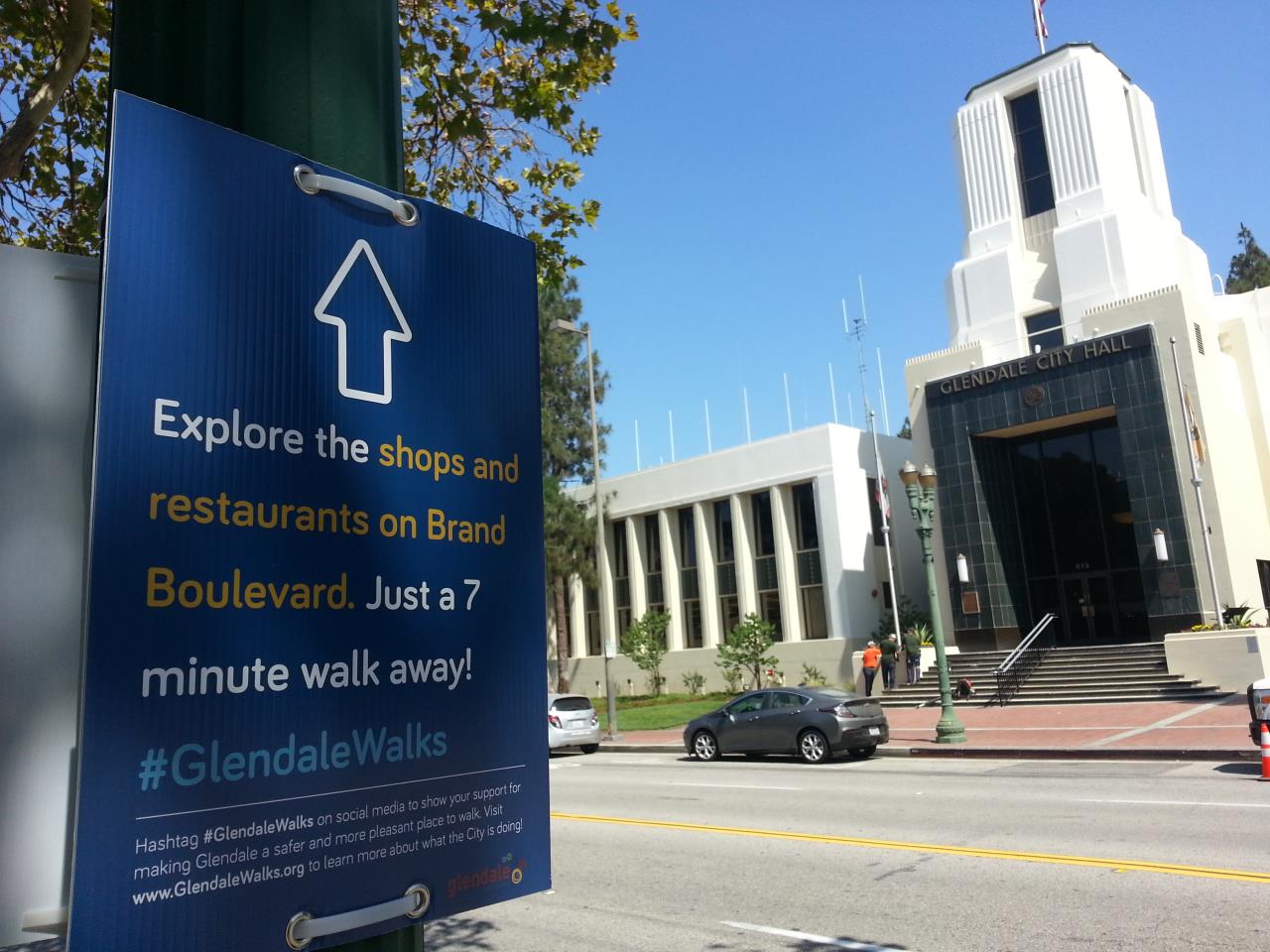 About Glendale Walks
In 2014, the City of Glendale received $2.7 million in bicycle and pedestrian safety grants to fund educational projects around the city. As part of this funding, the City is developing a Pedestrian Plan which will present an analysis of current walking conditions and offer recommendations that will guide the development of future pedestrian infrastructure. Please visit GlendaleWalks.com to learn more.

The Community Development Department (CDD) works to maintain and improve the high standard of living for which the city of Glendale is known. Our goal is to continuously enhance the character of the City through coordinated programs and streamlined procedures, ensuring that all development is done in a predictable and consistent manner and that the quality and character that Glendale residents expect from their neighborhoods is realized.