Here you will find links to many city events. See events offered by the Library, Arts & Culture Department, including arts event for all ages and educational events. 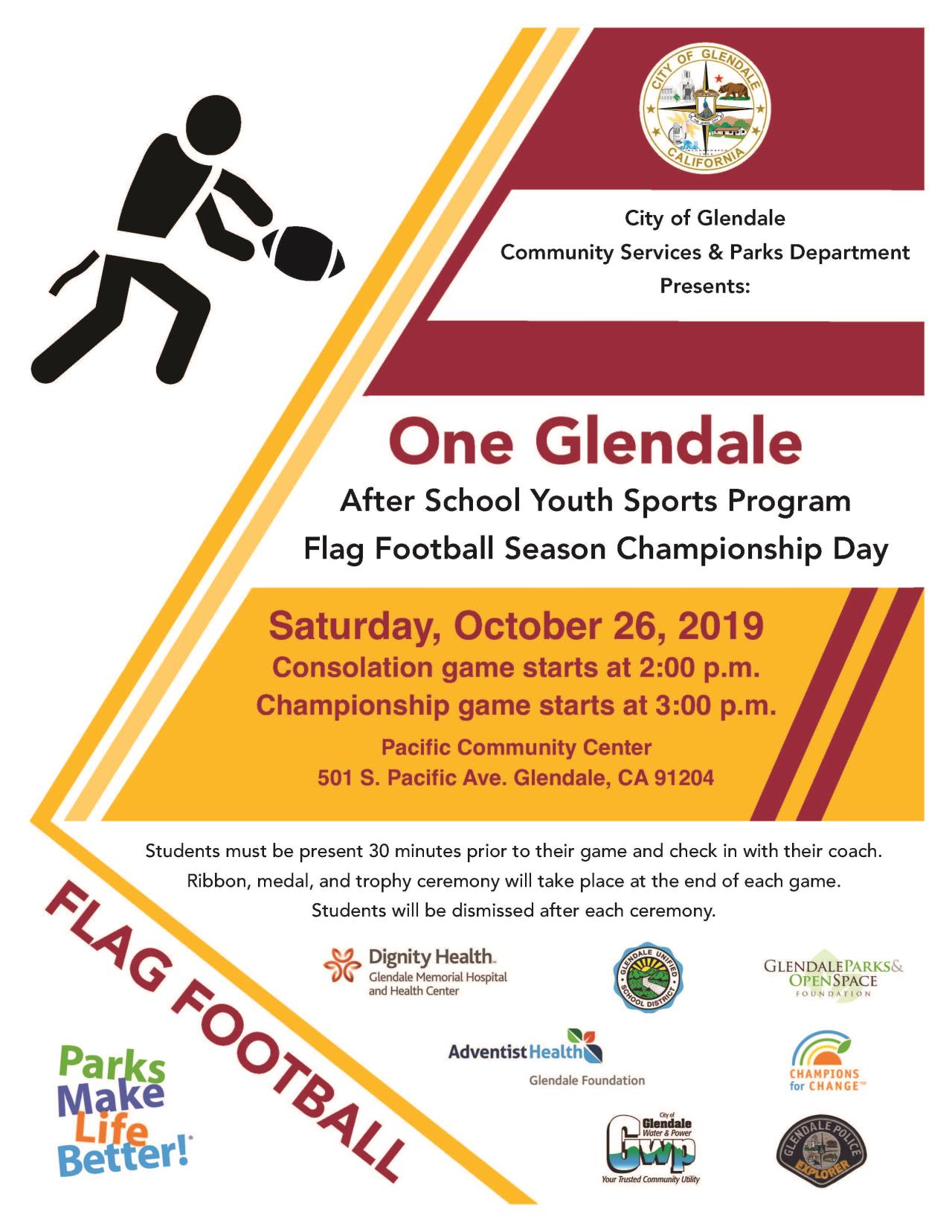 Community Services & Parks invites you to the One Glendale, After School Youth Sports Program’s Flag Football Season Championship Day. Hundreds of spectators are expected to attend both the consolation game and championship game and cheer for the program’s participants.

The One Glendale After School Youth Sports Program is a collaboration between the City of Glendale Community Services & Parks Department and the Glendale Unified School District, with sponsorships from Dignity Health Glendale Memorial Hospital, and the Glendale Parks and Open Space Foundation. Additional services are provided by Adventist Health Glendale. The program is designed to provide afterschool sports programming to youth in eight South Glendale schools in the fourth and fifth grades and is comprised of four sports over the course of four seasons: flag football, basketball, soccer, and volleyball. Each season lasts 8 weeks with a championship game at the conclusion of each season.